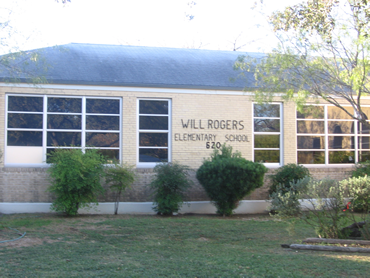 Sometime in late May will mark the anniversary of my high school graduation. It will be 42 years since the night I left the Municipal Auditorium basement after dumping the rented cap and gown into the big box at the door. I remember it well, the light blue linen dress was cool against the warm, humid breeze that whipped through my hair as I walked toward the front of the building to meet my family. The feeling of freedom was intoxicating and the promise of the future was stimulating. I didn't enjoy high school. I didn't fit in but I cared, I tried but I wasn't true to myself. But this particular night it didn't matter anymore -- this was a new beginning. I had THE BOYFRIEND and I had THE COLLEGE and life progressed.

My life was made of up of all the trappings of babies and homemaking and I was finally in my element and time marched on and we grew, as a family, with it.

Then, as a family, we entered the electronic age. I remember my husband and my other little man spending hours on Saturdays at the computer store deciding on which model to buy and finally the day came when they brought one home. We even had our own computer room -- a closet that once housed all the toys that were strewn all over our den. There was no internet at the time and the fun was in learning DOS. Well, I didn't find that fun -- I would stick to my bread baking and book reading and cross stitching, thank you very much. The kids loved it. After all, what four year old could resist the allure of KinderComp.

Time went on and we moved to a different city and the kids, being in middle and high school were becoming computer savvy and I was becoming curious -- especially with the advent of the internet. My husband was no longer interested in DOS and, being on a computer most of the day at work, he really wasn't too interested in more of the same when he returned home. Seemed like an appropriate time for me to jump in. Kids went off to college and would talk to me about things they had seen or read on the internet -- I never even thought about it being a threat -- and I wanted to be a part of that world.

And I never looked back.

Computerization of our home certainly came in handy. The internet was a wonderful resource for my favorite hobby -- genealogy. I was also helpful in my other pursuits like quilting and needlework. It was great. Then one day, my son mentioned Mundee's "blog". What was that, I asked? Speaking slowly so I was sure to understand he sounded out "weblog" and Mundee has one. Well, I wanted one too. I visited Mundee's blog and then other blogs dealing with my areas of interest and then I found out how to make a "blog" and I did. Great fun and "you are here".

And then....yep, you guessed it -- social websites emerged. First it was myspace which I jumped into for a while but once Facebook came into existence, myspace was history for me. I think I was one of the first people to sign up for Facebook and I didn't really "get it" but I was "on it" -- me and a bunch of teenagers. Over time, however, there were more and more "older" folks on there as well as groups and such.

Suddenly, I discovered the girls of my elementary school class. Not all at once, of course, and not all of them, but one by one a few emerged. These are the same kids that I left behind that night of graduation. I didn't know if I would ever see any of them again -- I didn't even think about it -- I just went forward and here I am, looking back. There are a half a dozen or so of us that have created a virtual elementary school reunion. We have talked about who we can't find, who we WON'T find, who we have lost.

It is a strange feeling -- could it really be 42 years since graduation? I haven't seen these women in years -- yet we talk like it has been only a few months. Have we changed? Are we the same? There are a lot of things from that time I can't remember and a lot of things I do and wish I didn't. It has been fun, this virtual reunion, talking about where our lives have taken us. Do I fit in? Probably not but I am now, without a doubt, true to myself.

So, at this point there are two questions. What about the people we can't find but would like to. Maybe they don't want to be found. Being well versed in genealogy, I do know how to find people but I respect the fact that if people want to reconnect with their past they will join a social networking site, such as Facebook. If they don't then it is safe to assume that they don't want to "look back".

I don't know what it was about yesterday. It was the most awesome day I have had in a long time. For one thing, nothing was wrong. Well, except for the swollen eye compliments of The Building Project and The Pollen. Other than that, a calm took over Brinkley Manor. I got up early and walked outside. For the first time in weeks the air seemed clear. It wasn't but it was better than it has been. It was cool and very quiet. No banging of heavy equipment on rock, no concrete trucks with their barrels whirring, no people screaming in foreign tongues. And, less dust.

I visited my garden for the first time this spring. Hubby did some gardening and washed the thick layer of dust off everything. Futile, I know, because today the project will be back "on" again and by this afternoon the dust will be back, my nerves will be on edge from the banging that causes the house to vibrate, and the constant roar of trucks will be in high gear -- more concrete today.

But, for a brief time, I was able to enjoy the peace that the garden was meant to bring. It has been weeded, pruned and watered and awaits another visit next Sunday when all is quiet again. While I wish I could somehow preserve this lovely spring we are having but it seems it is going to be measured by Sunday visits. Will that make it go slower or faster? I am not sure.

I am more than pleased with my awesome Sunday and my peaceful garden. It was a contemplative sort of day which I haven't had in quite a while. I was afforded the luxury to just sit and think about things, people, other times, how fortunate I am -- all those things that usually allude us or are taken for granted on a normal day. I can already tell that my awesome day is going to affect the rest of my week in a positive way. I am hoping to keep the spirit of my awesome day alive until next Sunday when I hope to have another.

My awesome day ended as it began -- in peace. My DOK meeting left me, once again, completely rejuvenated by the energy and power of the women of this group. I have never seen anything like this group and it is hard to describe but when I am in their presence I can't be anything but uplifted. I thank God that he has placed me, the least energetic and powerful of them all, in their group to reap the benefit of all they have to offer. I just hope that one day I will be able to give back in some small measure.

My awesome day ended with a dinner invitation from daughter and son-in-law. Palio's pizza, our new go-to pizza "place" was the restaurant of choice and, again, the peace and relaxation I felt was something that I hadn't felt in a long, long time.

Why was I given this gift yesterday? I have no idea. But, I took it, no questions asked and call it a blessing.
at April 12, 2010 2 comments: