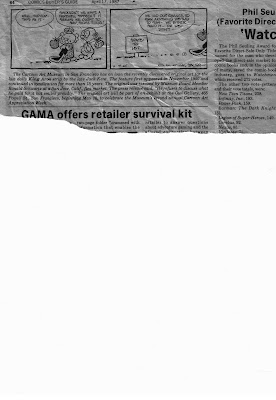 I don't feel well today and even though I didn't feel like doing much, I didn't feel like being completely unproductive either. So, I set about cleaning off the desk. I feel badly about our desk. We have a perfectly good home office and yet my husband schleps the bills and payments to be made to the dining room table because he can't find the desktop. It is usually hidden under DAR papers, genealogy papers, old photos to be scanned and junk mail that neither of us looks at but feels that it might be important enough to not throw away. So, I decided to make the desktop a bit more accessible to him.

As I was clearing things out, I found the little yellowed comic strip shown above. I have been carrying it around with me for some time now because it is important to me. It is the final newspaper comic strip, "King Aroo", drawn by Jack Kent. My copy came from the April 17, 1987 issue of Comics Buyer's Guide.

Jack Kent was an artist in San Antonio. He began drawing the "King Aroo" comic strip in 1950 and continued for 15 years. When I was old enough, I never missed a day of reading it. I remember my father bringing me a copy of a little King Aroo book which I carried around until it finally disintegrated and is no more.

Kent went on to write and illustrate children's books. When my children were small, I joined a book club for them and many of the titles they received were Jack Kent books which we still have in our possession. I believe their favorite was "Socks for Supper". I have since gone on to collect more for my own library of children's books. I believe my personal favorite is "There's No Such Thing As A Dragon".

As I said earlier, this little comic strip is important to me because it was important to my father. See, Jack Kent was a good friend of his. In fact, my father was his best man at his wedding to his wife June. Jack and June have a son, also named Jack, who I have spoken with via email in the not too distant past. Jack Jr. is a nice guy which I wouldn't doubt because his folks were nice people. I wish I hadn't lost his email address.

I remember when my dad learned that Kent was ill. It was a sad day and when he passed away, it was sadder still for my dad who valued the friendship of all those years, it was sad for Kent's fans and for the children who loved his books and the thinly veiled messages therein. So, when I ran across the raggedy, yellowed copy of his last strip, I just had to share it. I searched "Jack Kent" on the internet and found a very recent article written in SA Current. It is written by a woman whose blog I follow - http://www.scribblinginsanantonio.com. The link to the SACurrent article is http://www.sacurrent.com/arts/story.asp?id=70905. It is a great article and if you are interested in Jack Kent, you will enjoy reading it. 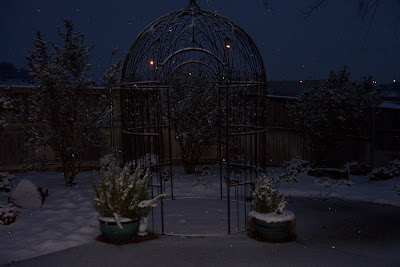 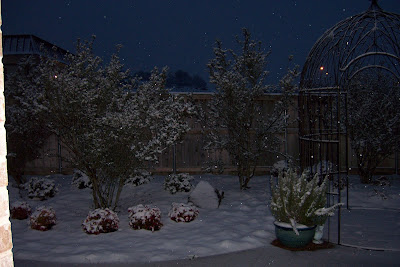 The two photos above were taken at about 7 a.m. 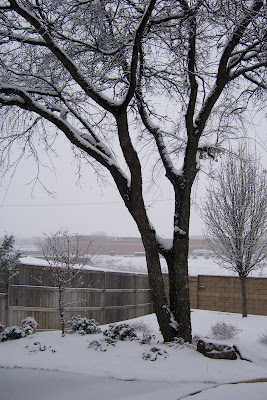 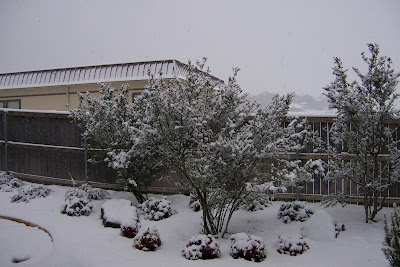 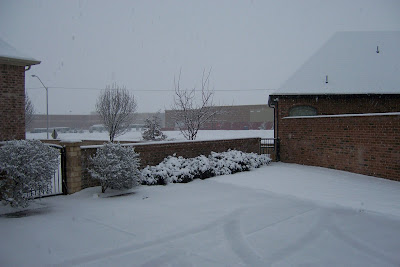 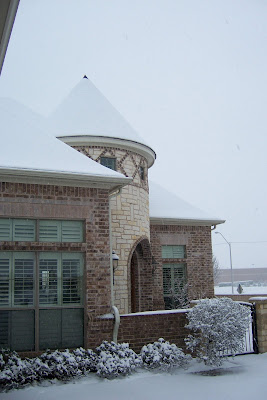 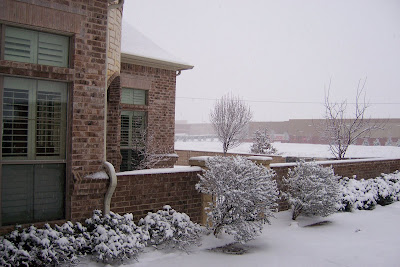 I am feeling a very negative post coming on. I am sick of winter, I am sick of cedar, I am really sick of snow/ice/wintery mix -- in fact, I am just sick, literally. So, I would love to see a little bit of spring -- please? However, I did take some photos the other day of the Fort Worth Blizzard of 2010 and thought I would put them up. They look oddly like the LAST pictures of snow I took because I only seem to stand at the same vantage point -- my garage door or my patio. But, in any event, for all you folks who wish for snow -- here ya go -- knock yourself out. I, for one, am ready to see the back end of winter!

I know these photos probably don't look like much to my northern friends/family but they were taken early in the day. The final amount of snow tallied for the day was between 10-14 inches, depending on where you lived.

I didn't take any photos of yesterday's snow because it didn't stick and frankly, it looked like feathers and felt like sleet. It wasn't really nice except that it seemed like you were in a snowglobe as my daughter in law commented. Today, it is cold but bright sunshine and I have opened all my blinds so I can combat my seasonal affective disorder -- yay, sunshine.

Now, if I could just get rid of my cold/cedar fever/rampant allergies -- whatever it is that has ahold of me, I would be a very happy person.
at February 24, 2010 2 comments: