Well, it is time for another Musing Mondays over at Should Be Reading.  Today's topic is "who do you think is the hottest male/female character from a book?"

I don't read historical romance -- you know, the books with the Fabio type guy and the cleavage spilling gal with masses of cascading hair on the cover.  So, I guess my answer is going to be a bit -- well -- old.

When I was thinking about this question the first thing that came to my mind was Larry McMurtry's The Last Picture Show which I read well before the movie came out.  One of the book's main male characters was Duane Moore which coupled with the book's main female character, Jacy Burrows, was obviously the "hot" one because of, if for no other reason, his relationship with Jacy, the small town's racy, sexy and obviously only high school senior girl.  Ok, there was another girl and she was so NOT racy or sexy, even though she tried, that I can't even remember her name.


As far as "hot" female characters, I guess I would have to say Jacy Burrows of the same book.  She was definitely portrayed as gorgeous, rich and bored which led her to try to cure her boredom in what ever way struck her fancy. 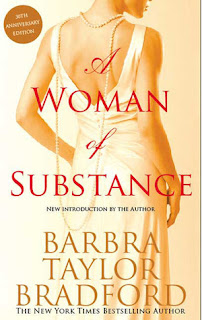 There is another book, however, that I find the characters just as "hot" as  Duane and Jacy.  The book is A Woman of Substance by Barbara Taylor Bradford.  Even though the main female character, Emma Harte, seemed to be simple Welsh girl working as a domestic in a large manor house, she proved otherwise.  She was pretty but not gorgeous but she certainly had a way with men but learned early on what it was like to be hurt -- from that hurt, she learned to use that "way" for financial gain and independence.  The male character that I found to be "hot" was Blackie.  He worked in the manor house as well and loved Emma from afar, only able to be her best friend rather than the lover he would have preferred to have been.

Even though these books took place in different locales and different time periods there were similarities such as unrequited love, illicit affairs, sadness, determination, insurmountable difficulties, illness, etc which, in my opinion, are all elements that will contribute to a character's "hottness".