Musing Monday is hosted by Miz B at Should Be Reading.  Each  week, a question is posted in regards to books and reading.  This week's question is --What is the one (or maybe two) qualifiers a book must have for you to pass it along to your best  friend as a must read?

The first thing a book must do for me to recommend it is grab me.  If it doesn't hold my interest I won't recommend it.  In order for a book to really catch my interest it must have strong characterization, a great setting and the action must flow and not be  draggy.
at September 12, 2011 No comments:

Email ThisBlogThis!Share to TwitterShare to FacebookShare to Pinterest
TGIM --


Yes, I said it out loud -- thank goodness it is Monday.  Things seem a bit more normal today -- I mean Target was already crowded at 8 a.m.  I can't even begin to tell you what I did this weekend -- either the memory is going or I just didn't do much -- I think it is the latter.

I did wash sheets.  We have a king size bed and I was so tempted to throw those sheets in the dryer but I resisted and figured out how to hang them on my little drying racks.  It involved folding and re-folding once as they dried but they dried really quickly and the good part about it is -- they are already folded up! I realize that I could have clipped them to hangers and dried them on the shower curtain rod which is my hanging spot but this worked and I am happy. 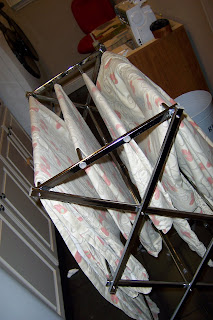 I did make brownies.  I have been experimenting with making brownies from scratch with various recipes. A while back I made a batch with a recipe from Mark Bittman's How to Cook Everything cookbook.  I didn't have the proper sized pan but I made them anyway and they were to die for.  The second attempt -- not so much.  So, I figured third time's a charm right?  Armed with the proper sized pan and the knowledge that even a minute of over baking is a bad thing, I forged ahead.  They must not have turned out too badly because here are the remains. 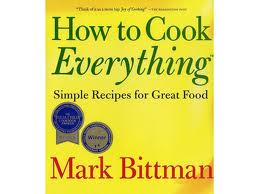 We also spent a little time Saturday morning at a craft fair at my cousin's church in Arlington.  It wasn't very large and there wasn't a huge variety of things there but we wanted to go to see the offerings as the Hubs and I are thinking of doing craft fairs as an activity. After our visit at this one, though, I am wondering if Etsy isn't the better way  to go. I had meant to take the camera and shoot some snaps but, once again, I didn't.  For some reason I just can't get in the habit of throwing the camera in my purse so I always have it.

Saturday evening we spent visiting the Hubs brother and his wife.  It was a good time, dinner out at a local barbecue spot and coffee after.  Plans are in the works for my MIL's 90th birthday party and I am afraid I am going to be put in charge and that is a job I don't want.  Really - don't - want.

Yesterday was spent avoiding the tv and cooking.  It was a sad day, even without the tv.  It was a surreal day -- how could ten years have already passed when it feels like the events of 9-11 just happened? As I read Facebook posts, some of which angered and frustrated me beyond reason, I thought about the days of my youth that were so seemingly innocent and stress free.  Maybe they weren't, maybe I just grew up.

So begins another week with yet another visit to my friendly dentist to finally get a bridge.  I am nursing this poor, broken temporary along as I haven't had time to get back to get another made -- this dental adventure has been a bear and I hope I don't have another for a while.