If They Gave An Award --

for the most inconsistent blogger I would win hands down.  At the first of the year I had great plans to post magnificent little posts each day complete with photos taken by moi.  I was going to participate in my usual challenges and dazzle the world with my witty, insightful book reviews.  Well, the best laid plans and all that -- it didn't happen quite as I had planned so again, I am playing catch up but there are photos -- I promise.

The first thing I need to get to right away is my View from a Window on Thursday.  I was doing pretty well with this but we have had such a mild winter (actually, NO winter) that all my photos looked the same.  These most recent ones which should have been posted last Thursday are the same so I added a few more photos of the yard to show what February in Texas looks like -- well, this year anyway. 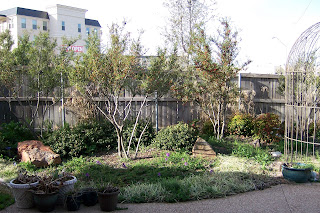 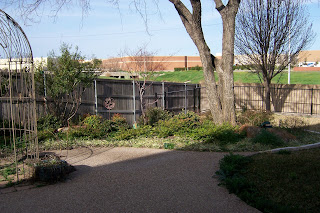 See, they don't look any different!  The next photos, however, will give you a glimpse of our pear trees and crabapple tree coming out -- very early.  This has not been a normal winter. 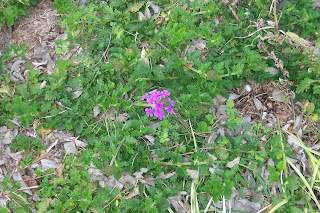 Unless we have a very late freeze, these trees will be in full bloom by the end of the week!

I had a birthday on the 28th which allowed me two dinners -- one with each child and his/her family.  It was a good time which also netted me a whole stack of my favorite things -- books.  My children gave me books and they did a good job of picking them out, as well.  They know me well.  The Hubs didn't know what to buy me -- I was lobbying for my fourth Nook and that didn't go over well.  I suggested skin care products and that just produced "the look" so I chose several books, handed them to him and said "here, pay for my birthday present".      I guess I can see where anti-aging skin lotion wouldn't seem too birthday-- like to him.  So, these are my gifts from my family and I am thrilled. 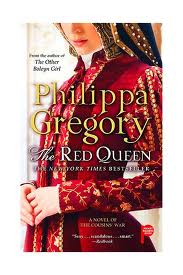 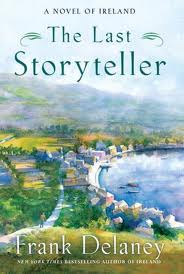 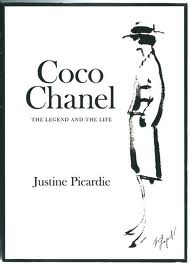 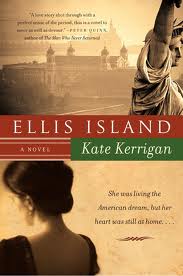 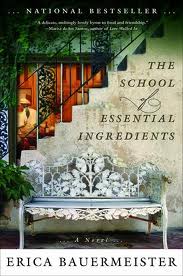 and would like to finish it before start on my new stack which is sitting on my chair side table just waiting for me.

We took a short trip to Austin this weekend to visit a friend and see her new baby.  Baby is cute, food was good, traffic was awful and we were all conflicted as to whether we should take the extra hour drive to San Antonio to have some Tex-Mex at our favorite restaurant, Jacala's. 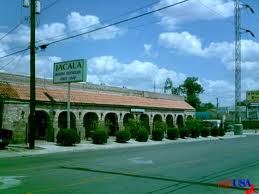 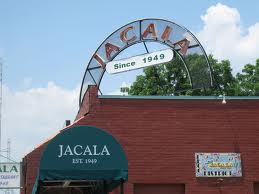 However, we decided to save that for another trip and headed home.  It was a good time but we all got ridiculously tired and I am not sure why -- guess this recent birthday just pushed me over the edge!  Oh well, I enjoyed it anyway.

Back at the beginning of the year I also said I was going to start watching and reviewing some vintage movies.  Well, I have watched a couple, one being "The Children's Hour" with Audrey Hepburn and Shirley MacLaine (1961). 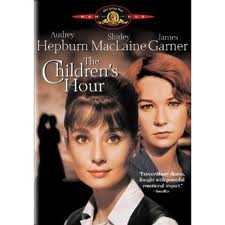 When this movie came out I was too young to see it due to it's controversial nature.  Actually, when I look back at most of the movies of the 50's and 60's, many of them were controversial in nature, just not as graphic as they are now. I watched this movie one afternoon by myself and thought the sets and the setting were wonderful.  If you haven't seen the movie, I won't spoil it here but the basic story line is that of two women teachers running a private school for girls in their home.  One of the girls, a complete brat, started a rumor that the relationship between the teachers was not appropriate and as a result the school suffered as did the lives of all the characters.  I won't say more, just watch it.

Tonight I talked the Hubs into watching another vintage film that I think I actually did see but I guess my parents thought I was too young to understand and I probably was but I found it boring now so I would guess I slept through it then, as well.  Tonight's film was "Room at the Top" with Laurence Harvey and Simone Signoret.

It was made in 1959 and was part of the British New Wave of films coming to America.  It was a good movie but it was slow -- I guess I am just used to the action adventure movies The Hubs likes to watch --- this movie was sort of like watching paint dry.  All month on TCM there with be more British New Wave movies on -- maybe I can catch a couple of them.

So, that is about all I have been up to.  Hopefully I can be a little better at blogging but sometimes -- for those who know me this statement will be difficult to grasp -- I just don't have anything to say! Guess I need to do some more interesting things -- I will work on that tomorrow.
at March 05, 2012 6 comments: