And I Struggle On


There are two words that do not come to mind when I think of myself -- graceful and stylish.  My mother always thought that my being born on a Tuesday (Tuesday's Child is Full of Grace) was some sort of a bad joke.  If it was there to fall over, I would fall over it.  If necessary, I would detour my route in order to fall over it.  It is sad but true.

Then there is the stylish part.  When I was a child I dressed like a child of the 50's.  Lots of little plaid dresses with cardigans.  Shoes were generally saddle oxfords, Penny loafers or Mary Janes  It was easy.  The biggest problem was if the waistline hit at the right place and if there was droopy lace on one of your three petticoats. 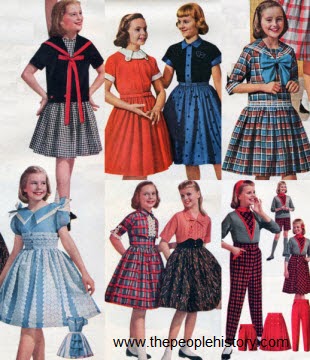 Being a teenager in the 1960's was fun -- Bobbie Brooks reigned supreme with all their  mix and match items.  There was always a pleated skirt, a straight skirt, an a-line skirt, a couple of blouses and a couple of sweaters -- one pull over and one cardigan in each line.  There were several color collections so for one stop shopping you could build an entire wardrobe and empty your parents wallets very quickly.  The shoes tended to be flats or loafers.  Soft crew socks were popular as well.  Easy peasy. 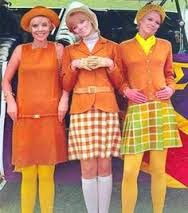 Then came adulthood and I was lost.  I wore lots of homemade a-line skirts and sleeveless "shells" -- same thing as the sleeveless piece of a twin set.  And then there were the maternity clothes and the after-maternity clothes -- long blouses and elastic waists.  And.....here I am.  Trying to figure out, in my dotage, what in the world I am supposed to wear.  So, I read mags like "Mary Jane's Farm" which is no help in the clothing department but I know a lot about goats.  I read things like "More" from time to time but there isn't too much helpful info there either but I know a lot about Sybil Shepherd.  Yesterday I picked up a copy of "Harper's Bazaar" which had an article on "no poo" hair washing.  I thought I would pick up some fashion cues from that.  Well, in a word, no. I mean, yes, if I had unlimited income, was a size 0 and could lop about 40 years off my age.  So, I decided while I was out and about that I would just look at people -- no magazines, no websites, no minimalist articles telling me that I can actually live my entire life with only 10 articles of clothing.  I wanted to see something real.  So, I did some people watching.  It was enlightening.

In the first place, I only saw two "old girls" out and about-- me and another woman who I assumed, from the age of the children that were with her, to be about my age.  I guess it was too hot for the truly aged to be out so I only had one example of a "mature" woman to draw from.  This is an example of what she was wearing --


Her hair was close cropped -- VERY close cropped and two different colors -- very blond on the top and very dark around the sides and back.  It reminded me of mine growing out from medication so I don't know if it was intentional or not.  She wore current eye glasses and some sort of earrings.

I don't know what I thought about her attire.  It  looked fine, coordinated and put together except I wasn't sure of the bling on the butt.  My posterior is more ample that hers so my bling would be bigger -- not sure if I like it but I have to hand it to her for wearing it.  The polo and the shoes went well together and the tote was a nice nod to not being completely matchy matchy.  It didn't seem to be too young for her although younger women do wear these things.  She seemed comfortable.  However, it seems to be so -- ordinary! Even with the bling.  Maybe I am worrying too much or trying too hard.

So, I went on a quest to determine the correct way to shop and build a wardrobe, minimalist or not.  I was trying to determine whether it is better to buy "outfits" -- like pants/skirts/blouses that match each other that you don't mix up with other things (I have several) or is it better to buy different pieces in neutral and mix and match.  I have no idea.  I might have to go back to my original plan of all black and white clothes.

Would somebody help me please?  Only, I have no intention of having VERY close cropped hair.  Been there, done that and hope to never return.

Email ThisBlogThis!Share to TwitterShare to FacebookShare to Pinterest
Into the Garden

We have spent the last several days tweaking the garden.  Due to the harsh winter we suffered some loss in the landscaping, mostly in the front and mostly the Hawthorne bushes.  So, we took one out of the front flower bed which left a gap.  We thought a great deal about what to put in the gap -- another shrub, a tree, perhaps, but we finally decided on this. 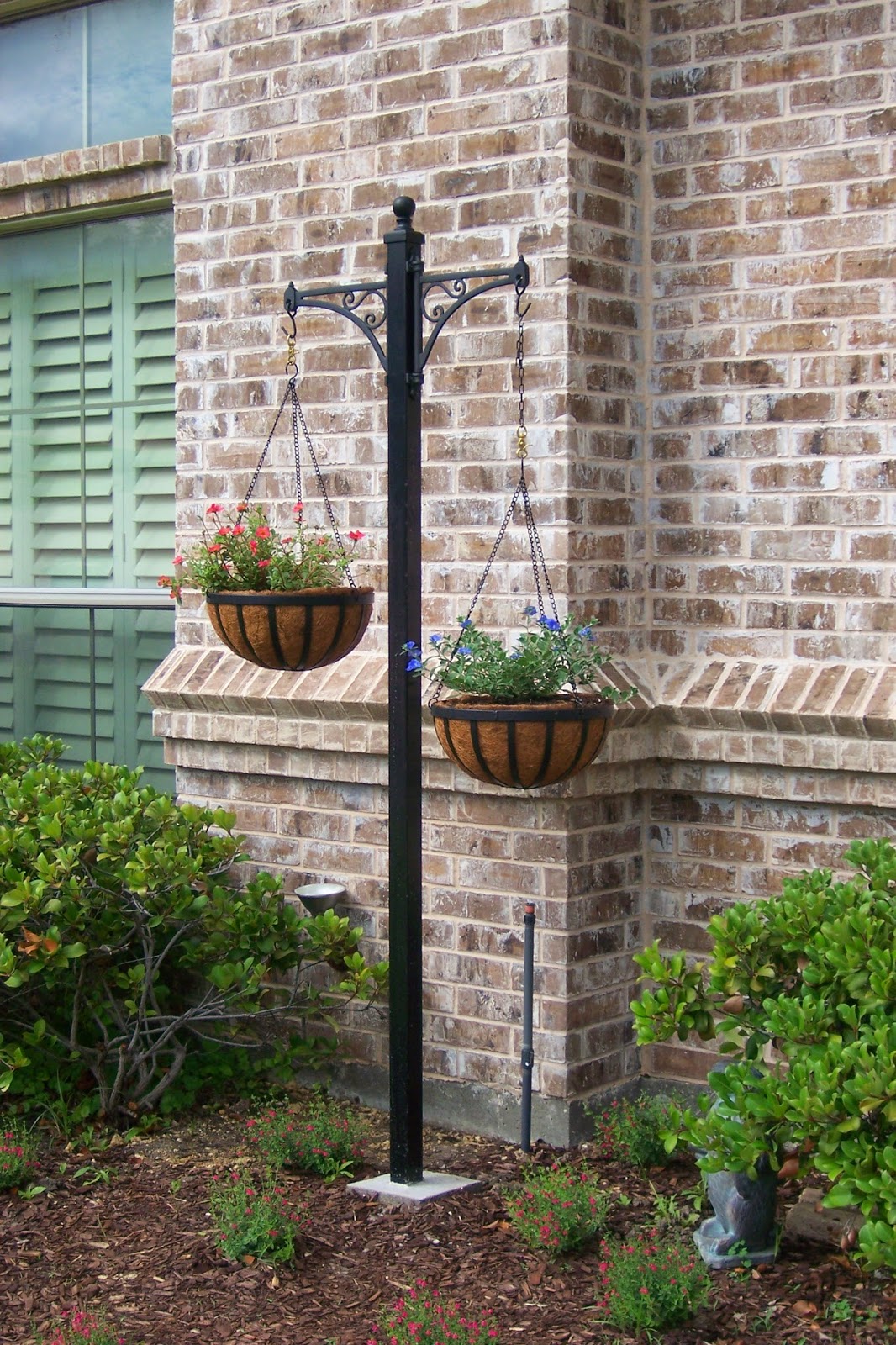 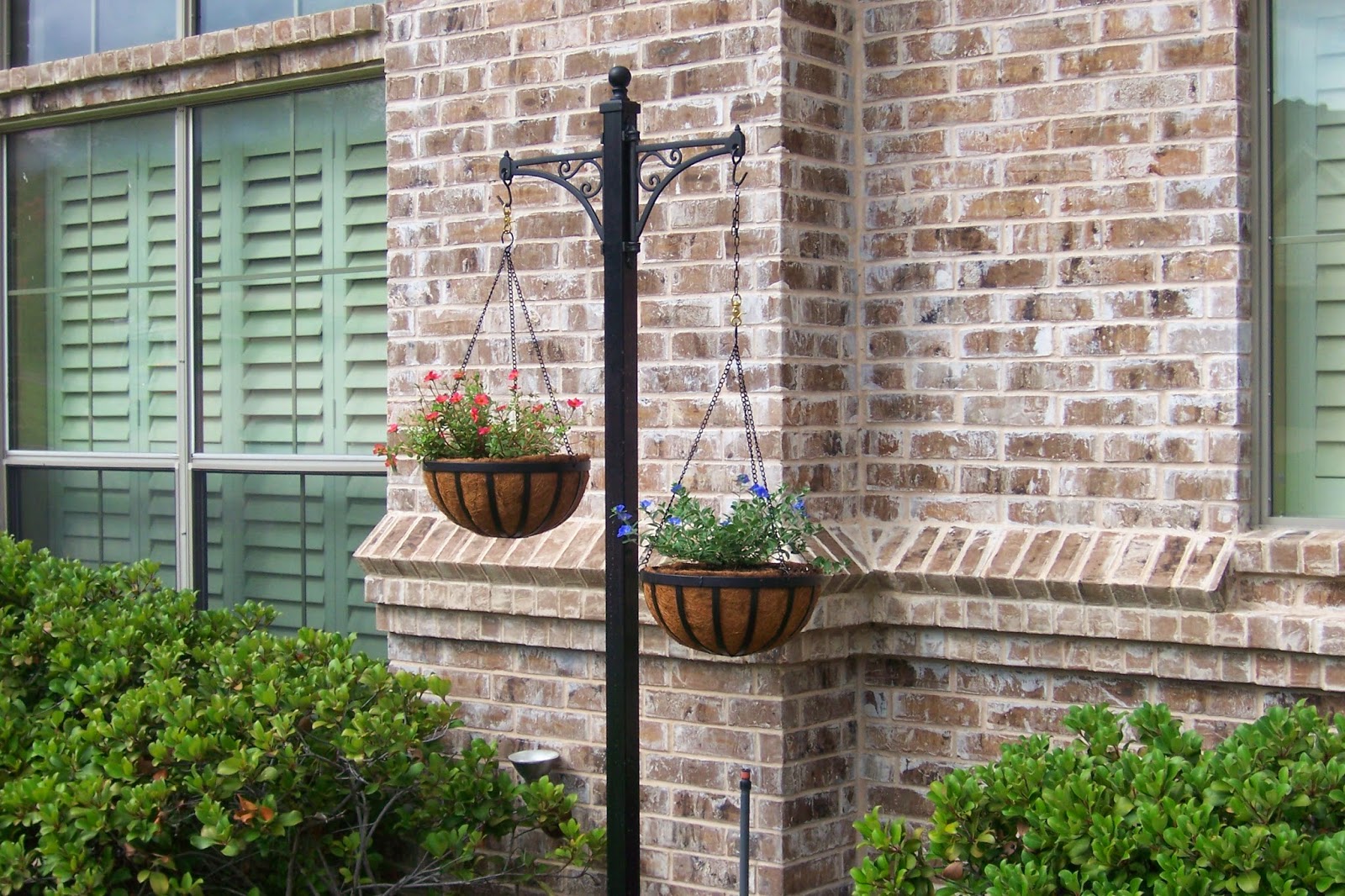 Our house is relatively new construction, about 8 years old and is done in a French Country style.  I guess.  It looks pretty much like all new houses except that it has a turret which has caused more roofing problems that we were banking on but that is another conversation.  In any event, trying to decorate something "French Country" in Texas is difficult so we opted for this lovely Victorian style plant hanger.  Now, granted, Victorian isn't French Country either but it does lend an air of "cozy" to the front of the house.  The hanger itself is made from a 2" fence post with brackets that were purchased separately.  Hubs sunk it in a concrete footing so it isn't going to go anywhere, I hope.  The brackets were ordered from a place online and the baskets were bought locally.  He has planted them with purslane which seems to do very well in our yard and something with a blue flower.  I like blue with the color of the brick so I needed something blue.   All in all I think it turned out quite well.  It filled the gap and adds some interest and I am pleased.

The purslane in the blue pots by the gate has done very well, as it usually does.  I love walking out and seeing these happy flowers first thing in the morning.  We have two pots of it in the back as well which are just as prolific and they are so cheery -- you can't help but smile. 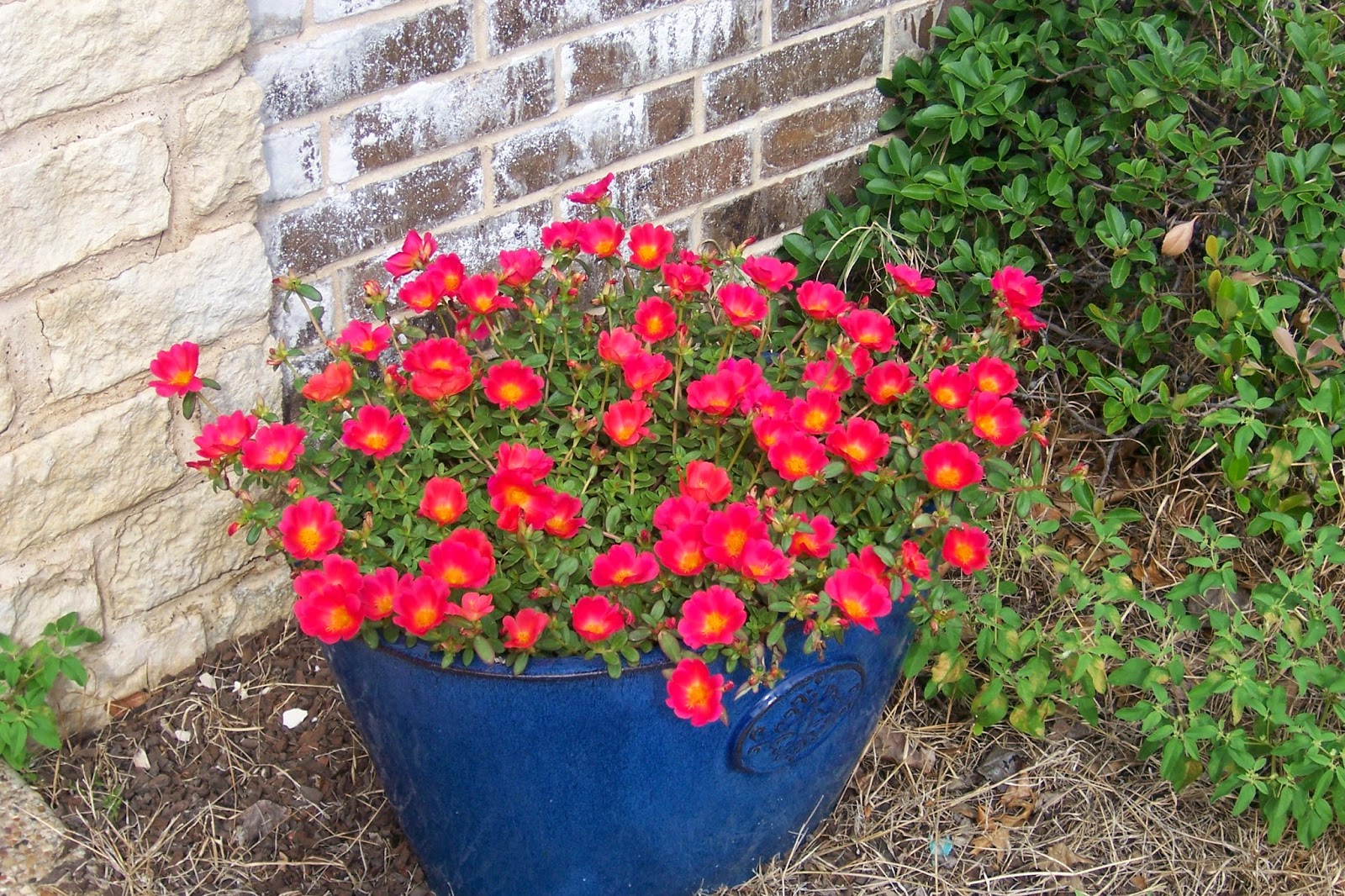 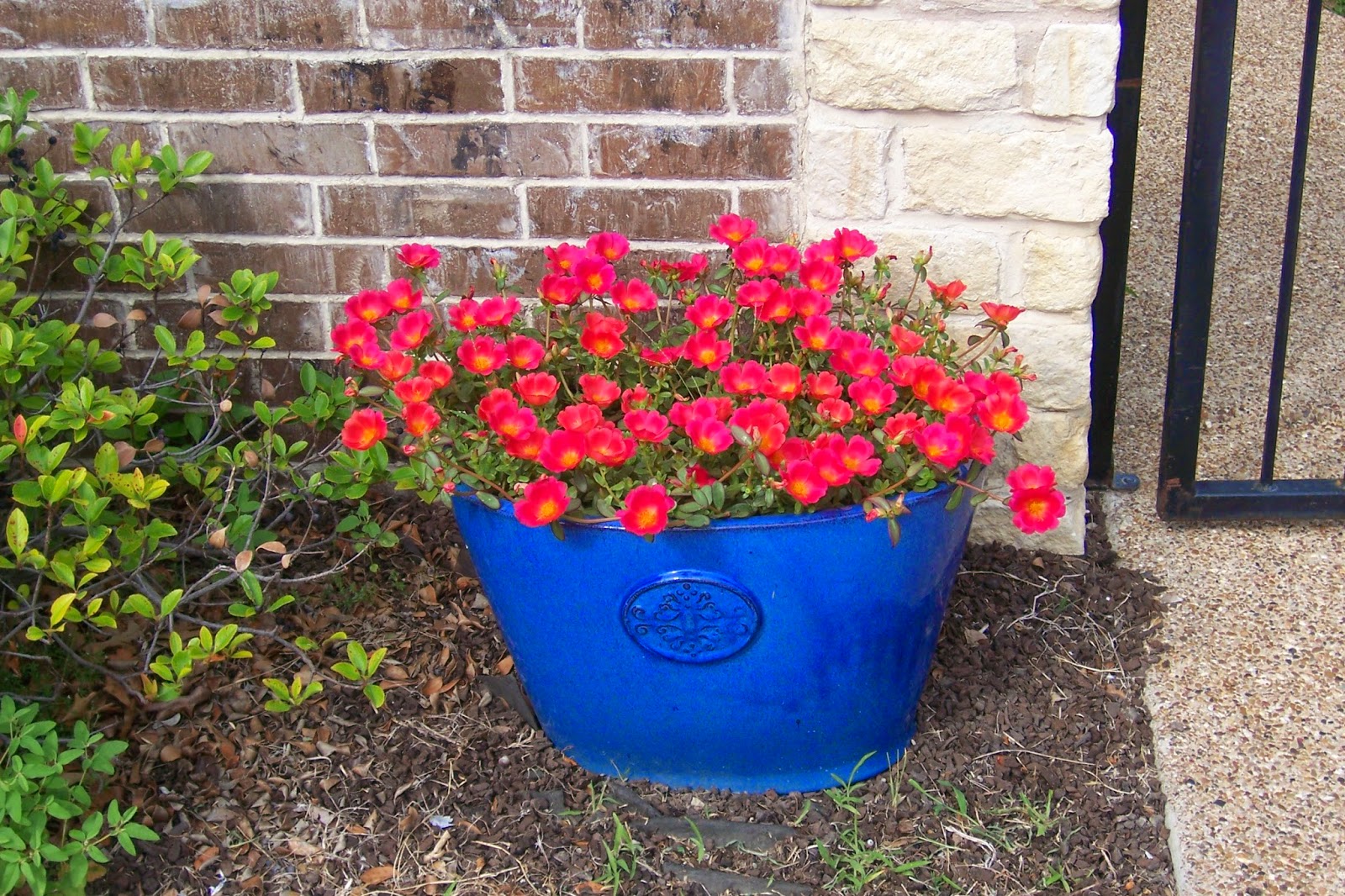 and finally, I added a little flag.  I love lighthouses and I am not sure why -- I have never lived near any water that had a lighthouse unless you count the tiny one at Woodlawn Lake in San Antonio and I never lived near it, really, either. 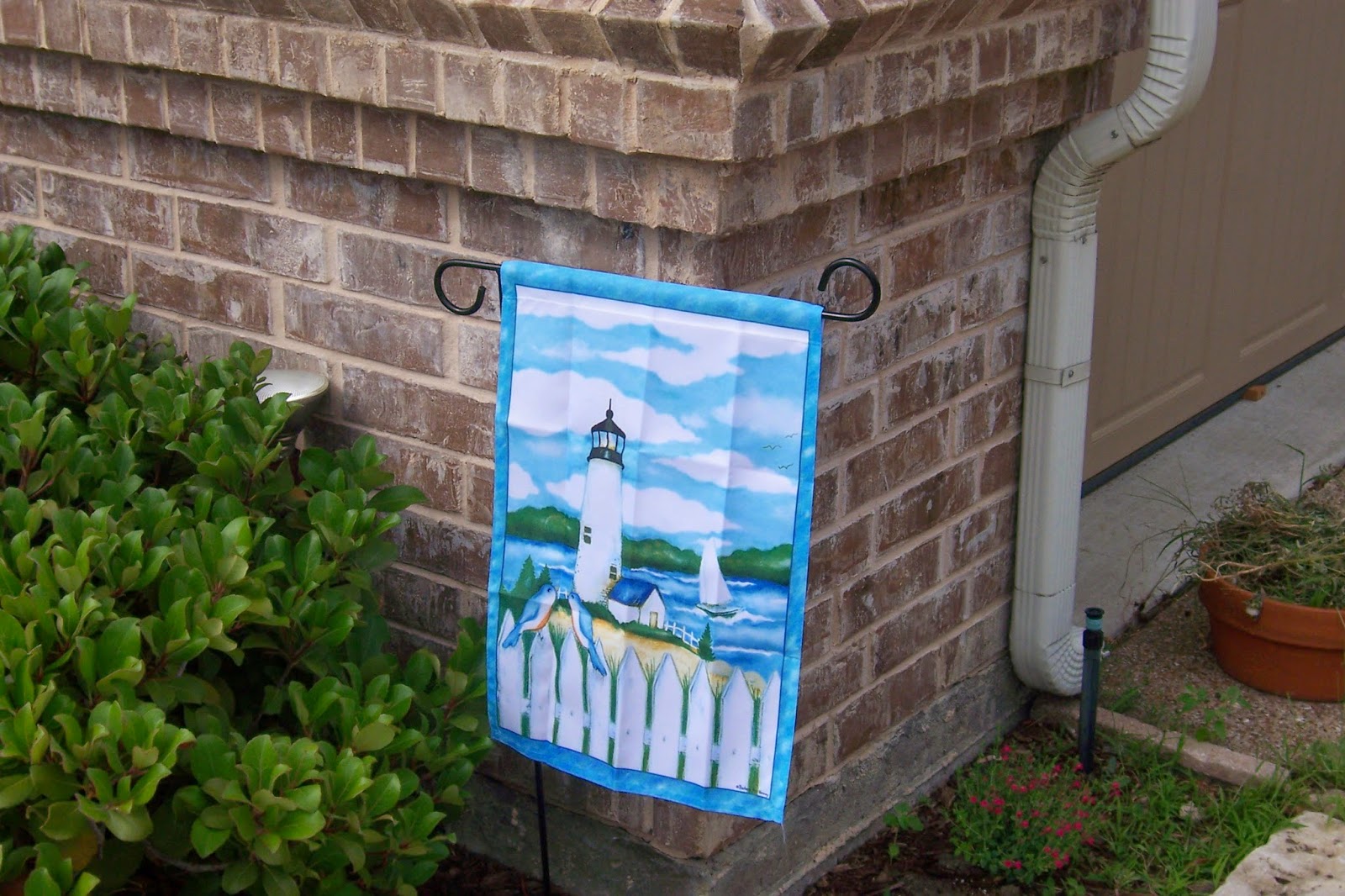 So there you have a look at our front garden.  It is looking pretty good over all and I think my husband did a bang up job on the plant hanger.  That was #1 on my honey-do list for this summer so one down and two to go!  Will post more progress later.

Have a wonderful Wednesday!