What it Means to be Texan

I am a Texan.  I have lived here my entire life.  People are correct when they say it is like a different world.  Texas has it's own culture, sort of it's own language, it's own style.  Texas has lots of things. I have always been proud to be Texan, felt I lived a different life than most Americans (I didn't but that is how it felt), I love it, would never leave it except under duress but I have to say that sometimes it is hard to be a Texan. Why? Read on.

From the Texas State Handbook online we learn this:

TEXAS, ORIGIN OF NAME. The word texas (tejas, tayshas, texias, thecas?, techan, teysas, techas?) had wide usage among the Indians of East Texas even before the coming of the Spanish, whose various transcriptions and interpretations gave rise to many theories about the meaning. The usual meaning was "friends," although the Hasinais applied the word to many groups-including Caddoan-to mean "allies."

This is true, we are a friendly bunch.  We wave a lot, bless peoples hearts a lot, if you go out to the country the farmers still wave at you as you drive down the highway and in the little towns, people still stop, pull over and take off their hats for a funeral procession.  Sometimes, though, it is just hard to feel that "perky" all the time!


We have a style from Texas Tacky decor to big hair  to giant homecoming mums (I really don't get that one).


(All of these photos were taken from a google search.  I hope I haven't made anybody mad.) It is hard to be a Texas gal when you can't get your hair big! Bad hair and humidity make it almost impossible for me to achieve this iconic look.  My daughter, however, has it nailed but then she has enough hair for three or four people

And, we have a language all our own -- such as -- 'Aw, the poor little thing tumped over his bowl of grits -- bless his little heart.  Y'all we'll  just give him a coca-cola to cheer him up'. Yep, that is pure Tex-ese and while it sounds like it should come out of somebody from the country it is "big city" too.  I never lived in the country, I hailed from the big city and this is how I talk.  I just love the word "tump".  The hard part about it?  Well, if we are talking in our own circles it is fine -- we don't even notice but let somebody from, say, Pennsylvania listen to us and they laugh at us.  Yes, laugh.  I had a cousin ask me who taught me to talk because I didn't pronounce "ambulance" the "right"" way. Hmmmmp.


So, living here is like a down home, friendly, country all around sort or existence-- there is so much to love. But there are some negatives as well. 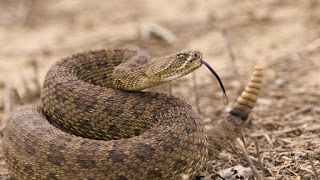 We have coons, possum, fox, coyotes, alligators, rabbits -- ok,  the rabbits are ok --  and mockingbirds -- the state bird -- they make lots of noise. 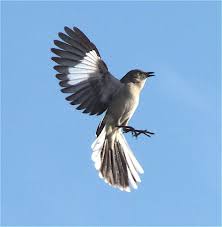 We have really weird weather -- floods, twisters, well, that is mostly it except for the fact that it is spring right now in January.  But, that is ok, it IS Texas -- like that explains/excuses everything. 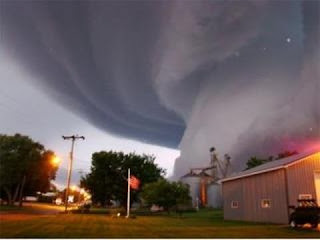 So, with all this good, bad, and terrifying stuff about Texas there is one thing that is just the most miserable, deplorable thing EVER!

It is Mountain Cedar coming out of the Hill Country and blowing up here to make us all miserable.


So, if there was anything I would change about Texas this would be it.  I wouldn't do away with our corny, countrified ways or our unique style but I would obliterate these dang nasty bushes from the entire planet.

I was always sick as a child with "colds" -- stopped up ears to the point of complete deafness, general malaise, just miserable like I have been since last Thursday.  We had one of these monster trees right outside my bedroom window.  We slept with the windows open.  I am suprised I am not dead.

So, if  you are thinking about coming to visit Texas there is a lot to consider.  If you want to go to the coast to see the Gulf of Mexico and the beaches, or maybe out west to the Davis Mountains and Marfa to see the Marfa lights go right ahead.  Or maybe up here to Dallas to see  the giant metropolis that is Dallas with all it has to offer -- a veritable "little New York" or San Antonio with it's rich German history and it's warm Mexican heritage -- not to mention the wonderful, warm Mexican food!  Go ahead, plan away -- you can find almost anything here but whatever you do --

Don't come between December and March -- the cedar will get you and not let you go -- it will forever ruin what could be a beautiful memory.  So...just sayin -- October and November are real nice.