Yesterday was spent at our son's house celebrating our grandson's third birthday. It was actually a pretty quiet little party. One invited family was suffering from "flu like symptoms" and decided they best not attend which is understandable and considerate. So, there were only three children there -- the birthday boy, his sister and his buddy. But, the three of them were lively enough.

The theme of the party was "firetruck" -- one of N's favorite things right now. 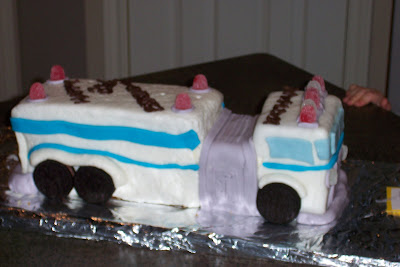 So, Mom fashioned a firetruck cake from pound cake, oreo cookies, gumdrops and rolled fondant icing. Since she didn't want the kids to partake of too much red food coloring, she made this a Fort Worth firetruck which are blue and white. She also had "dalmation" cupcakes which were cupcakes with white frosting with crumbled chocolate cookies mixed in to make them look spotted and they were topped with icing fire hydrants made by birthday boy's dad. I didn't get a photo of those, however, but trust me, they were cute.

There were gifts galore 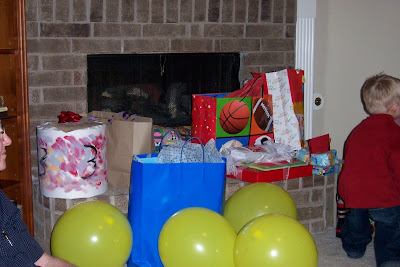 Balloons to be popped, friends and aunts 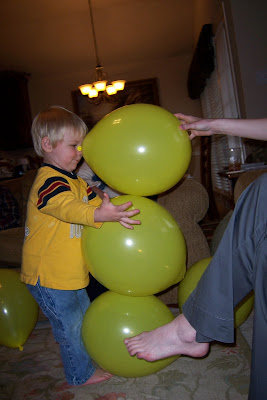 Gramps and Granny B 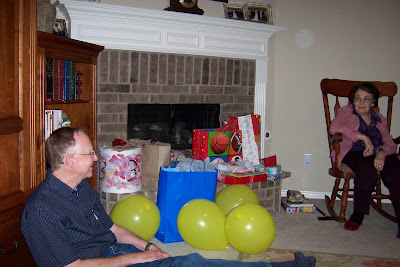