Should We Revisit the Good Old Days?

The last several days have been a bit unusual and more than a bit stressful here in North Texas.  Ice, snow, bitter temps, and the Super Bowl have given us more than a small amount of grief.  One of the hardest things to deal with was rolling black outs, intentionally designed to take the stress off the utility system.  It worked and nobody really lost power for huge amounts of time but we were asked to try to conserve which required us turning things off, unplugging, putting things on hold, like laundry.

This made me think about what we used to do before technology took over our lives.  How did we accomplish things without electricity?  When I started making my mental list it was astounding how our use of electrical power has changed.

One of the first things that came to mind was hair styling.  Now we use blow dryers and curling irons or straightening appliances.  When I was young we used dryers occasionally and it became popular to have lovely hooded models that were portable and you could talk on the phone while you dried your hair.  However, many times we just rolled our hair on curlers and let it dry.  It took a really long time for the Dippity Do to dry, though, but I think our hair was healthier.  I might try it again -- wonder where I can find some Dippity -Do? 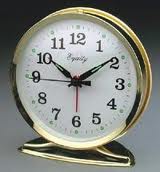 The way we wake up has changed a lot, too.  We used to use wind up alarm clocks that sometimes had glow in the dark hands so that you could see the time without turning on the light and they clanged like a fire bell with no snooze!  The only downside to these is that if you let them run down you had to call for the time to reset them.  They are guaranteed to wake up a stubborn teenager though -- ask my son! 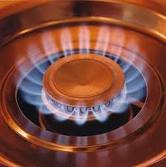 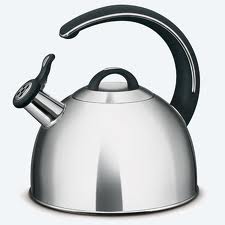 Our morning java was prepared differently as well.  While many people used electric percolators, they were pretty new.  People still used percolators and tea kettles that they heated on their gas stoves -- again, no electricity. 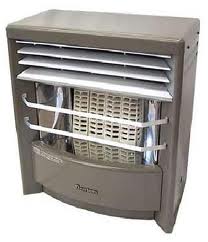 Long before we were able to just slide a switch on our central heating, we heating our homes by turning on the natural gas jet to which a space heater like this one was hooked up to.  They were scary and probably not too safe but still, no electricity. 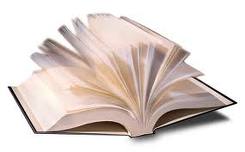 We swept our floors with brooms instead of vacuuming and we read books instead of Nooks and Kindles which have to be plugged in to use.  We now read our newspapers on a computer, again electrified, and we are entertained by more and more electronic equipment every day.  We used to hang our clothes on a clothesline to dry instead of using a dryer and we sat outside on a hot summer evening to try to cool off.  Things were a LOT different then -- we actually knew our neighbors.

Would I want to go back to the "old days"?  No.  I. Love. Technology.  But, I have to say that reverting back to some of these things -- namely the broom and hand washing the dishes--for a while was actually relaxing and  felt good.  It made me think of my mother and a time when life was simpler and not so hectic and chaotic.   In fact, it made me feel so good that I might actually employ some of the old ways of doing things.  Hair curlers come to  mind but I am going to have to think long and hard about Dippity - Do.
at February 04, 2011 1 comment: