Jumping on the Band Wagon -- My Ten Favorite Movies

Following the lead of Brianna over at LoneStarPrep, I am going to attempt to list my ten favorite movies.  This is difficult for me because my family has always been "into" movies.  I remember going to the drive-in with my parents at a very young age and I even remember being collected from school and driven back to the movie theater where my folks were enjoying a late afternoon matinee.  My cousin and I were movie buffs, bought all the movie magazines and would sit through our favorites multiple times -- "Westside Story" and "Lawrence of Arabia" both come to mind as well as "The Longest Day".  So, since I am of a certain "vintage" and can safely say I have seen many, many movies, it is going to be difficult to name just ten but I will make an effort.  Please note that these are in no particular order except the order they popped into my head. 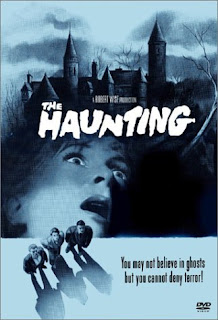 I went to see "The Haunting" with my friend Sarabeth when I was in junior high school.  I have to say it was the scariest thing I had ever seen.  When you see it in the theater, it is completely different than when you see it on tv and completely different than the new version with Liam Neeson.  Although I am quite fond of Liam, I didn't like his version of this movie.

What can I say about West Side Story?  I saw this movie multiple times when it was first released and I never miss the chance to watch it on tv even though I own a copy of it.  This is the movie that we bought the soundtrack to, learned all the lyrics (I can still remember them) and we all wanted to be Natalie Wood and we all loved Russ Tamblyn.  There is no intro like the one to West Side Story, it still send chills up my spine to see those colors change and art fade to reality.  I think I will watch it tonight. 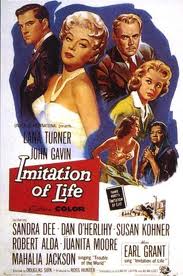 "Imitation of Life"  was a fantastic movie that covered so many topics and it did it with sensitivity and grace.  It is a rare movie that can deal with divorce, unwed mothers, domestic violence, rejection, and neglect without scaring the child in the audience! I loved this movie and still watch it everytime I run across it and yes, I still cry. 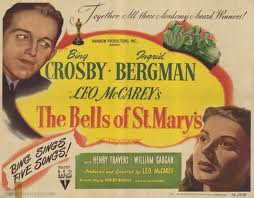 I guess "The Bells of St. Mary's" has to be my all time favorite movie.  When I was a child, after we had Christmas Eve celebrations with my family, I would watch this movie and then midnight Mass.  I was a pain in Santa's patootie because I just would NEVER go to bed on Christmas eve until my viewing had been completed.  This was very strange behavior for a non-Catholic child but after watching this  movie for a few years, I toyed with the idea of being a nun.  More odd behavior from a non-Catholic child but Ingrid Bergman was just so gorgeous and I thought it would be great to be Ingrid Bergman.  Of course, none of that happened but I still watch the movie every Christmas and still get teary eyed and still think Ingrid Bergman was gorgeous. 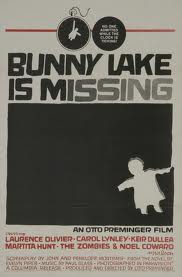 Next to "The Haunting", "Bunny Lake is Missing" has to be the most frightening movie! Black and white movies just lend themselves to this genre.  My hubby, when he was still my boyfriend, and I sat out for our usual Saturday night movie date.  We had scoured the paper and decided on something but when we got there, what we went to see was being replaced with a "sneak preview" and this was the movie.  I was disappointed at first but once it started I was entralled.  In fact, some of the best movies I have seen were "sneak previews". 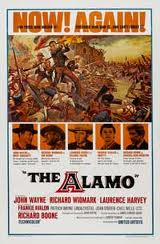 I am from Texas.  My father dabbled in film making and ran with the local film making crowd, most of which was involved in making this movie.  The soundtrack is fantastic.  I watch it just to listen to the music.  It reminds me of my dad and it makes me cry. 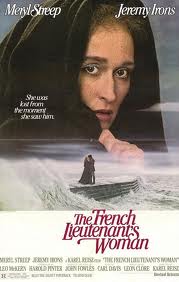 The Hubs and I saw this movie not long after we were married.  It was a strange movie -- plot within a plot sort of thing.  This is the first I had heard of Meryl Streep but I thought she was one of the best actresses of my generation I had ever seen.  You have to watch closely to follow it but it is worth watching. 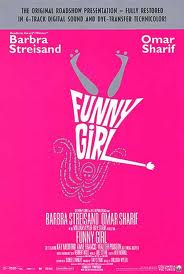 Oh, how I loved the musicals of my youth.  "Funny Girl" is no exception.  The Hubs, while still the BF, sat through this more than once and endured the soundtrack numerous times.  It might not have been such a trial if I hadn't insisted on singing along.  I still enjoy this movie and the sequel "Funny Lady" is probably the only sequel I have really liked. 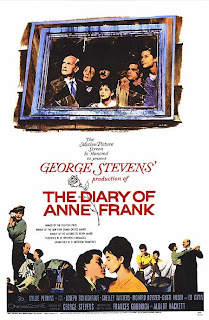 I first saw  "The Diary of Anne Frank" when I was about 14 years old.  What can I say -- about the saddest thing  I have ever seen.  I am still moved when I watch it. 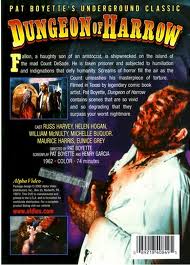 "The Dungeon of Harrow" -- probably the worst movie in the history of the cinema (well, next to "Bucket of Blood") but, my father -- the one who dabbled in film making -- made it.  It was made in San Antonio, Texas and the surrounding areas.  The budget was like zero.  The acting pretty much the same as the budget but it is my Daddy's movie and still watch it and remember all the work he put into making it.  It was fun for me and I was glad to have the opportunity to be a part of it but....it is still a really bad movie.

So, those are probably my ten all time favorites -- the ones I would watch over and over.  Even though they are from my youth, I have many favorites that are more contemporary.  I love almost anything with Liam Neeson, Hugh Grant, and Meg Ryan.  I love contemporary romantic comedy and I always enjoy the British offerings.  "Titanic" is a favorite way to spend time and I am always up for a good mystery.  So, you see, it is pretty near impossible for me to pinpoint a favorite  -- I guess once a movie lover always a movie lover.
at February 24, 2011 6 comments:

All other things being equal -- do  you prefer used books?  Or new books? (The physical specimen, that is, not the title.)  Does your preference differentiate between a standard kind of used book, and a pristine, leather bound copy.


Well, this does require a bit of thought, doesn't it.  Do I prefer used books?  It depends.  If I am looking for a title that is out of print I obviously  have to prefer it used, don't I?  In that case, I would go for a hard back copy.  The most recent purchase of this type has been The Bumper Book, a children's book from my youth that I have bought copies of for my grandchildren.  Both copies that I have bought have been a bit worn and a bit musty but very tight and intact and I was pleased with my purchase except for the ridiculous price tag that was on them.

I guess I would say that for current reading I prefer new books.  I like the larger paperbacks over the standard paperbacks but, above all, I prefer hardbacks.  I go against all decor suggestions and leave the dust jackets on them because I like to look at them -- remember, I am the one who chooses books by their covers -- not a great idea but my style, for sure.

This then brings us to the question of e-books, doesn't it?  Can't leave that new technology out of this conversation, can we?  I have an e-reader that I have a love/hate relationship with.  However, after the latest updates, our relationship seems to be mellowing out and we are working much better together.  The idea behind me wanting an e-reader is my inability to quit buying books.  We have run out of room in our house.    We have no more bookshelf space and no more wall space to put more bookshelves so something had to be done besides purging all the books.  I have begun purging some of the books and I have made the decision  that almost all new books will be bought for the e-reader and if I want to a hard copy to add to  the library here I will but I will no longer  enter a bookstore glazed-eyed, without direction, and run willy-nilly past the bargain bins to the new releases gathering up enough books to run a small lending library.

So, in my case, I guess there are no hard and fast rules as to my preferences.  It depends on the situation, the price and the importance.
at February 24, 2011 6 comments: