I just finished reading Duane's Depressed by Larry McMurty and I have to say that I couldn't have enjoyed a book more.  In the first place, I love McMurtry and have read several of his works.  This book is the third in the series of The Last Picture Show.  In this book, Duane Moore is now sixty one years old and at a crossroads of his life.  He makes one monumental decision involving his pick-up truck and that decision leads to a chain of events that changes his, and others, lives forever.


Had I read this book ten years ago, or even five for that matter, I don't think I  would have identified with it quite like I have now.  So many things that Duane worked through are things that I have thought about myself.  McMurtry seems to have a great working knowledge of human nature so I suppose the situations that the main character had to work through are sort of universal but I still thought it to be very timely for me.  Also, it is amazing to see how one simple, personal decision by one individual can impact so many people in so many different ways.  The range of emotion expressed in this book is broad -- it is funny, it is poignant, it is straight up sad, hopeless yet hopeful and, in the end, peaceful.

It is a great book and I would recommend it, mostly to people of a similar age.
at October 01, 2011 4 comments: 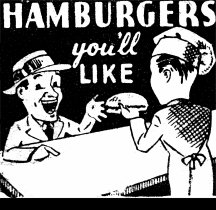 
I have been doing some considerable thinking about how we handle things here at Brinkley's Place and I am really up for some changes.  In the last two weeks I have heard several news stories about people returning to using cash instead of debit cards, checks, or just good ol' plastic.  Of course, Dave Ramsey is all for this and I have a feeling with Bank of America now charging folks for using their debit card a lot of people  are going to be rethinking  the virtures of cash -- I mean, think about it, what could be more convenient with less chance of identity theft!

I realize that, in order to operate primarily with cash, I need to know how much I spend on certain things.  The first thing that comes to mind is groceries.  I am ashamed to say but I really have no idea how much money I spend on groceries because we are always running to the store for this and that -- example, I went to Target today  to pick up a prescription and a few other things but got home and realized I needed milk as well which will require another stop and I can guarantee  I won't buy just milk.  So...you see the problem.  Clearly there needs to be a list and a plan.  Last night I considered all the options to creating the plan and this is what I came up with.

Growing up, my mother -- a most excellent cook -- had a plan.  We didn't have a car so she went shopping with my grandfather, her sister, my cousin and me, in his Studebaker Champion -- I am not sure how we all fit in there with three families groceries as well. 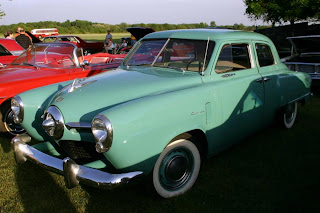 My father got paid every two weeks so she shopped for two weeks.  If we ran out of basics, like milk, she walked to one of two convenience stores a block from the house --  Zim's to the north or Thompson's to the south.

I liked the way my mother planned our meals.  The first of the week -- usually on Sunday, we had a big meal.  Then we had leftovers.  The rest of the week went the same way with a meat, a starch, two sides and a salad -- sometimes vegetable sometimes fruit.  We didn't have desserts often but she would buy cookies and make pudding and once in a while a cake with Swell frosting.  As she worked closer to payday the meals got less fancy and finally, the day before she shopped again we had what she called a "poor" meal -- usually a pot of beans with cornbread, salad and....always....a pie! That made it less "poor".  I actually thought that, much of the time, it was the best day of the two weeks.  She was always particular about presentation and worked to make our meals attractive and, believe it or not, she used some of the recipes she had learned in her jr. high school cooking class at the same school I went to (see yesterdays post) and....here it comes ... with the same teacher that I had.  Odd little woman named Birdie but I digress.

So, going on that same premise and with the knowledge that my husband has certain likes and dislikes I have devised the plan.  I am assigning a meat to each day of the week -- ex:  Monday -- beef.  This will allow me some room to serve stuffed peppers or steak -- flexible, I believe.  Growing up in San Antonio, Wednesday was Mexican food day in school -- all schools -- and we still think in those terms.  So, Wednesday is going to be Mexican food for us. The other days will be either chicken or fish, one a meatless meal that could be soup and sandwiches, the aforementioned pot of beans or breakfast-for-supper food.  I think that will at least take the chaos out of the planning.

One of my blog friends suggested that I blog my menu so I would have a permanent record of it rather than keep a notebook and I think that is a stellar idea and I will probably do it.  However, I need a visual for me to see on a daily basis to keep me focused.  While at Target today, I was searching for a dry  erase board and came across this.

Hmm..the photo is sort of small but you get the idea.  I wish Thrifty Thursday was going on, even though it isn't Thursday, because this would be a great thing to mention -- I got it for 50% off which came to $2.50.  I also bought a magnetized grocery list tablet at the dollar section -- it has Snoopy on it -- who can turn their back on Snoopy? So, that is my springboard for getting control of my groceries.  I will start tomorrow since we will probably hit the grocery store in the evening.  I am going to try to be very exacting so I will know how much I need so possibly the NEXT week I can go with cash.

I read an interesting post from a woman who went with only cash for two weeks and I was surprised at her comment that she felt "poor" while digging through her wallet counting out ones and change.  I don't feel that way, I feel empowered.  It feels good to use real money and not be frightened that by swiping the card I am possibly jeopardizing our entire financial security.  I don't know if it is the wave of the future but I think it might be the wave of MY future.

Does anybody here use cash primarily?


BTW -- the clip art at the top of this post came from http://americanwomendidntgetfat.blogspot.com.  The young woman who hosts that blog also has a great blog about how American women of the 40's and 50's didn't gain weight and why.  She also posts an old MetLife weight chart which I final fascinating -- it is what I grew up with being the standard for weight concerns.  It is an interesting read -- give it a look!