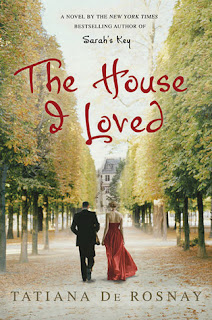 I received this book from my son and daughter-in-law for my birthday in February and I just finished reading it.  I read some reviews and a number of people didn't like it, compared to some of de Rosnay's
other works.  I, however, had a different opinion of it.  It is very well written and while some of the characters are not particularly well developed the main character is.  "Rose" is loyal to a fault and is willing to stand by her beliefs at any and all costs.  She is vulnerable yet strong.  She has had a sad life which is brought out slowly throughout the book.  The setting is well described and I could visualize the street in Paris that was the center of her concern as well as the house.  The thing that didn't seem to mesh, to me, was her  relationship with her children but you will have to read the book to see what I mean.

I enjoyed the book but I thought it was very sad.  I would recommend it -- it isn't a long book and because it is written as a series of letters, it is an easy read.  I am going to explore more of de Rosnay's works to compare but I liked the book and don't agree with many of the other reviewers.