I can't remember if this meme is done once a week or once a month! I used to do it once a week -- on Mondays, if I remember correctly.  However, it is Sunday and here I am -- a rare moment when my netbook is working so here I go!

Outside my window I see a garden badly in need of tending to but, with the West Nile epidemic raging in North Texas, neither of us are going out there to do anything about it.  I guess the prolific vine has won.  I also see a clear blue sky, a not so hot sun and a I detect a bit of "autumn in the air".

I am thinking that I am tired of not feeling up to par.  Nothing terribly major, just lots of little things that add up.  At least my shoulders have quit hurting with the purchase of new pillows.

I am thankful for today.  Simple.

In the kitchen I have a load of meat that needs dividing, I had great plans to bake  and so far -- in the kitchen -- absolutely nothing is happening except the kettle is boiling for another cuppa.

I am wearing shorts and a top.

I am creating a bit of cross stitch.   No purpose, really, just something to keep the hands busy.

I am wondering if I could possibly sleep until after the election.  So far, I am disappointed in everybody, everything  and, after watching a PBS show on the Royal Family, I was struck by the difference in the patriotism of the British people and the American people.  We used to be such a strong, patriotic people and now everyone and everything seems divisive.  I am old enough to see a huge change in things and I wonder if we could have a "do-over" of the American Revolution.  Very "bah-humbuggy" of me, I know, but it is all just so sad.

I am reading another "Aunt Dimity" mystery.  It would be "Aunt Dimity: Detective".  Predictable, yes. Great fun? Absolutely.

I am hoping that my new ring comes this week.  I was looking at a silver wedding ring and while I was in Austin two weeks ago I went into a place called "Things Celtic" and ordered a new Claddagh ring.  I have a traditional one but the one I ordered is a band with the Claddagh embossed on it.  It is my 40th wedding anniversary gift from the Hubs.

I am looking forward to dinner tonight at a restaurant called Mi Chula.  New to me -- hope it is good.

Around the house I am cleaning, organizing and trying to keep things up -- getting easier as  I change my vision.

I am pondering how to organize old photos.  The new photos are digital and on the computer, the old photos are in boxes.  I have tried albums -- not enough room for them.  I have tried boxes -- they don't match and that annoys me.  I bought a nifty thing at the Container Store but took it back because the boxes seem better.  So....photos still in boxes and I am still pondering.

A favorite quote for the day: "you are kind, you are smart, you are important"  from "The Help".  This should be everybody's goal and mantra.  Especially the "kind" part.

One of my favorite things is curling up on a Sunday evening to watch "Masterpiece Theater" which, by the way, isn't on tonight.

A few plans for the week include babysitting, laundry, and reading. 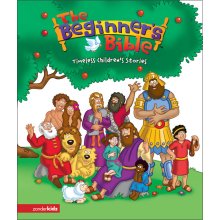