In recent news, it has been brought to our attention that the US government has been spying on us -- yes, American citizens.  I understand the explanation why -- sort of -- but it still makes my skin crawl.  I have had friends say they are going to go back to using paper to write communication instead of email which I think is a lovely idea if we can get past the need for instant gratification.  Of course, a lot of folks will have to brush up on their handwriting skills for sure but I think actually sitting down and writing a note sounds refreshing.  I don't send a lot of emails so I am not too worried about being spied on in that respect.  If somebody wants to check my shopping habits well, there isn't too much covert operation going on there, either -- a bit of surfing at Vera Bradley and Barnes and Noble and some clothing shopping -- and really, who cares if the world knows what size underwear I wear -- I have recently lost over 25 lbs. so I am sort of proud of the fact that I will be shopping for new unmentionables in a smaller size -- shout it to the rooftops.  That brings us to my blog.  I thought about how blogs are being watched and recorded and kept and if there is a file for interesting blogs and boring blogs and decided that mine would file nicely under "boring" and since I mostly post book reviews and sometimes the random snowfall snap, I doubt I am going to be put on some sort of "watch" list.  If I am then they need to re-evaluate their system because they are watching the wrong person.  So, that leads into my current blog on book reviews -- I am behind and this is an effort to catch up so the reviews won't be lengthy.

I have been enjoying several formats for reading lately -- books, ebooks, and audio books during my commute.  I have come to realize that of the three, I prefer physical books and audio books.  I discovered that the library, at least Summerglen Branch, has a huge assortment of audio books and, since audio books are pricey to purchase, they are free and that is even better! 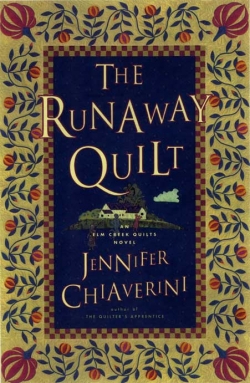 This title is part of the Elm Creek Quilts series by Jennifer Chiaverini.  In this particular story, Sylvia Compton is approached by a stranger at a quilt show who asks about a quilt in her possession named after Elm Creek and she wonders if it is connected to the Elm Creek mansion that belongs to Sylvia.  The question sparks Sylvia's inquisitive nature and after searching the attic for a trunk, Sylvia discovers some old quilts and a journal that sheds light on a lot of things including the stran -gers quilt.  It is part history, part mystery and all enjoyable.  I recommend. 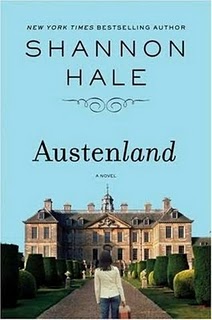 I don't read much "chick-lit" but I found this on audio book and decided it would be something really fun and light to listen to  on my commute and I was right.  The main character has a lot of back luck in love because, being obsessed with Jane Austen's Mr. Darcy, she compares every man in her life to HIM and they all fall short.  So, upon the death of her great-aunt, she receives as an inheritance, a vacation to Austenland, a reality, living history amusement park sort of place that she is to visit for three weeks and hopefully have an attitude adjustment.  She goes, she participates, she does a lot of soul searching and does, indeed, adjust her attitude and her life accordingly.  It was fun -- I recomment. 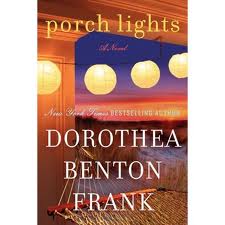 Franks books seem to be very formulaic and this one is no different. The main character, a thirty-something nurse in the military with a fire fighter husband and a ten year old boy loses her husband in a fire while she is stationed in the Middle East.  She comes home to an a life that has been abruptly altered while she wasn't even there, a very depressed child, and the idea that she has no idea what to do so she retreats to her mother's house in the Low Country only to find that her mother is entranced by the doctor next door, her father now spends all his time in his "alternate residence" in the next town and her son doesn't want to go back to their home in New York.  It all works out as you know it would, it has a happy ending -- and a scary hurricane -- but it is a feel good book and one you can curl up and get "into".  I recommend. 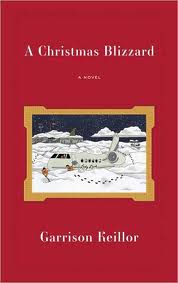 What can I say -- this is Garrison Keillor's answer to "A Christmas Carol".  It was another audio book and I have to say that I found myself laughing out loud, all by myself, in the car at 6 a.m.  It was fun, it was odd, it was strangely insightful and  I enjoyed it and I recommend it -- actually, I don't know about the physical book but I really enjoyed the audio book, read by the author - very good. 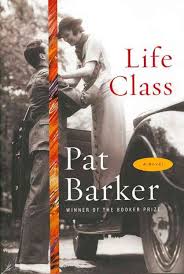 Another audio book, this was the story of three friends in art school at the beginning of World War I.  As could be expected the three friends form a love triangle.  The war takes is toll on the trio in different ways -- it is sad, it is frustrating, and you just get sort of angry at the girl because she seems to be playing both guys against each other while being the quintessential "artist".  It was good but it was sad but still a definite recommend. 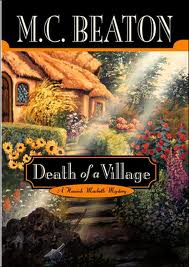 If you read my blog you know that I absolutely love the Aunt Dimity mystery series.  I was never much of a mystery reader until I discovered those and I am still reading that series.  So, while looking for yet another audio book I ran across the M. C. Beaton books on CD and decided to give one a go so I chose "Death of a Village" and now I am just as taken with these as the Dimity series.  The best way to describe this story is "George Gently" meets "Waiting for God".  It was funny, in a way, and you had to fall for the bumbling, affable Hamish Macbeth.  I have a mental picture of the tall, lanky, ginger haired copper that, while seems to be a great policeman, seems to lack a lot of pizazz with the ladies.  It was really good and I am now reading another title in the series on my Nook - one that I actually checked out of the library on my e-reader -- a new talent I just discovered! I recommend "Death of a Village" and I will review the next one when I get done.

This year I have engaged myself in two book challenges  -- the Goodreads 2013 Book Challenge which I signed up to read 20 books, 17 of which I have completed.  They suggest that I "up" my goal but I think not, I think I will just enjoy my summer of reading and not worry about a challenge.  I have also signed up for the Pre-1960 Children's Book Challenge of which I have only read two.  I would like to enjoy this challenge a bit more during the summer -- I have the burning desire to read "Little Women" yet again -- I will  probably revisit some of my childhood favorites -- most of which were published before 1960 and I will review here.

So, as my summer begins I wish all of you a happy summer!