I love Ancestry.com.  I have done genealogy for a lot of years and all those years of research have never yielded me as much information as I have gotten off Ancestry, mostly recent.  It is amazing the number of photos that I have been able to view and download in just the last year.  The headstone photos below are definitely within my reach as they aren't a very long drive east from where I live.  However, some of the photos of family members I would never have seen if it weren't for kind folks putting them on their Ancestry pages.

This is my 3rd great grandfather, Henry Patrick Conn.  When hearing about him as a child I somehow envisioned a person very much like the wizard in the movie, The Wizard of Oz.  When I found this photo I was surprised at how unwizardly he was but I have to say I think he was rather handsome.  In later photos, it appears that he was much taller than the wizard as well.  I definitely think he shows a lot of his Irish heritage here -- mostly the hat and the shirt.  I have no idea when the photo was taken. 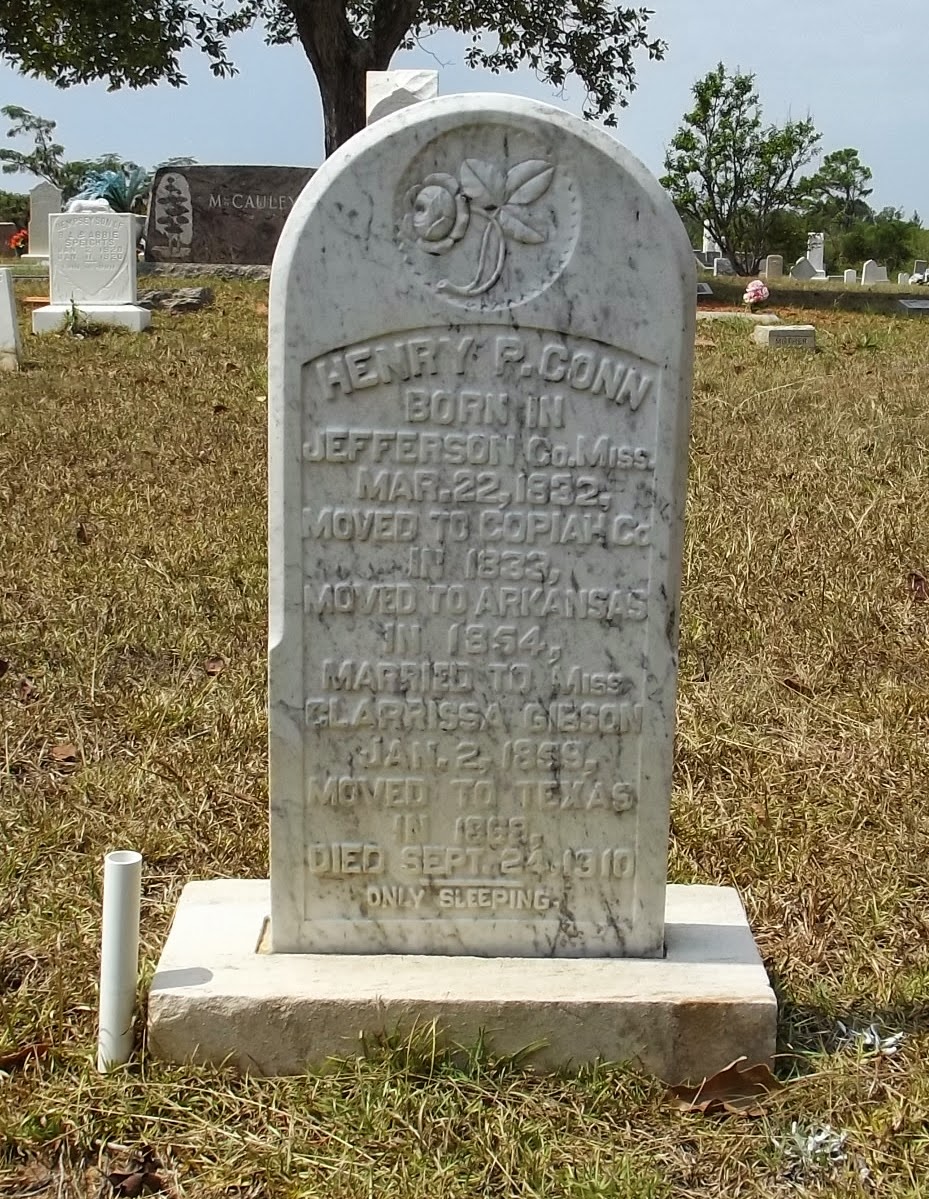 Here is Henry's final resting place marked by a very lovely headstone which I would assume is not original.  The name of the cemetery is Gravel Hill and it is located in Sabine County, Texas.  A number of my relatives are buried here as well.

Meet my 3rd great grandmother, Clarissa Gibson Conn, wife of Henry.  She appears to be tiny, almost child-like.  Her daughter Clarissa Abi Conn was the same way.  In any event, this lady is buried next to her husband and here is her headstone. 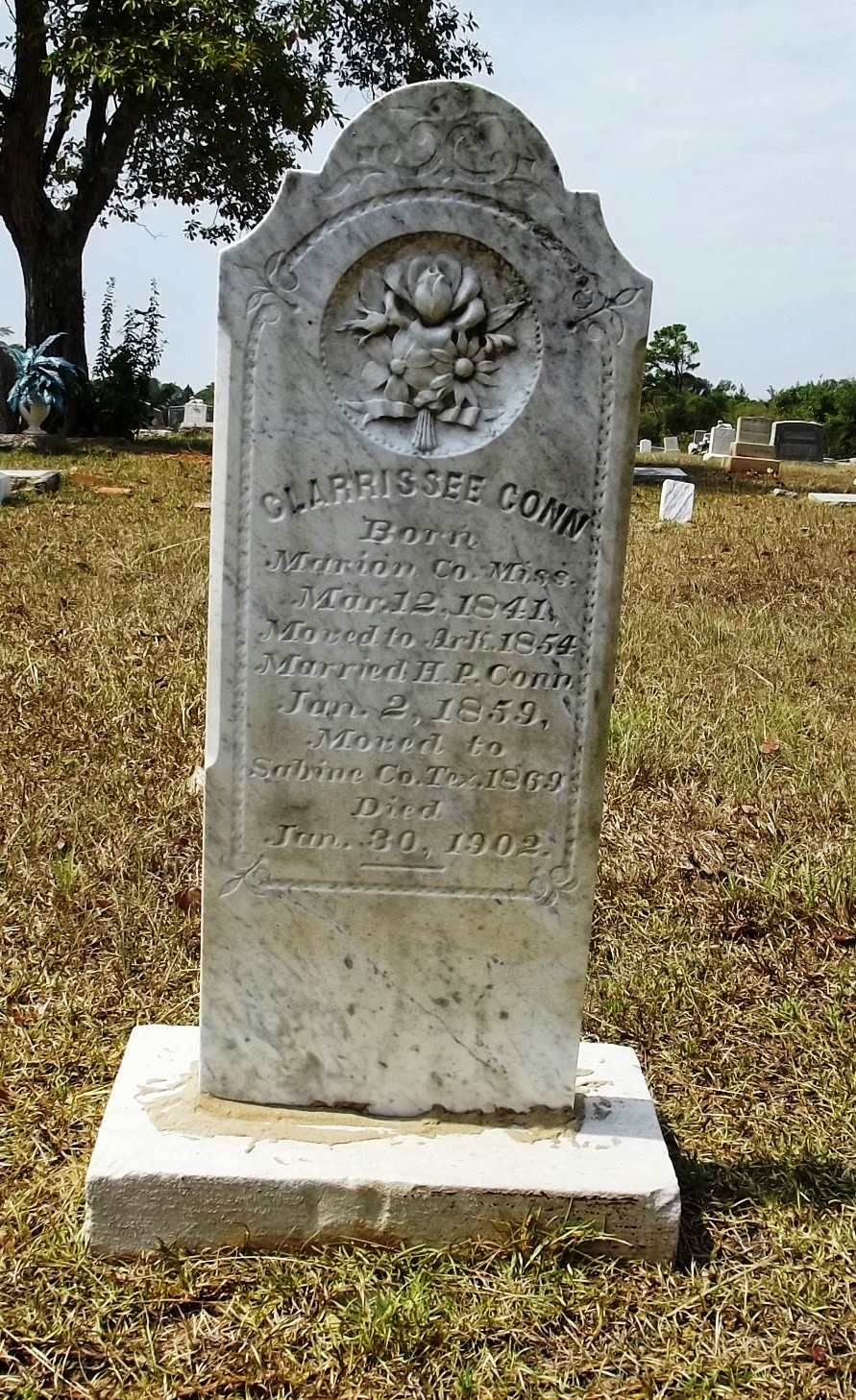 Another lovely headstone, also assumed to be more recent but I am not sure.  I wish I could have known these people as I don't know a whole lot about them except they were farmers in East Texas.  They were both descended from Irish/
English ancestors and their names are carried down through the family not unlike most other families of that era.  You can find Patrick's and Clarissa's and Martha's all over the family all the way down to my father, Pat (fondly called Paddy by my grandmother) and a cousin named Martha Ann.

I just love doing genealogy and being able to find these photos has just made it all the better.  I spend many hours looking at photos and documents and family trees -- it never gets old to me.