Dreams and Memories -- Memories and Dreams

In my  previous post I shared some of my memories of one of my childhood homes.  It was a small, white tract house, vintage 1950's, with a dark blue roof and royal blue shutters.  I called it "my little blue house" and I felt so secure there even though my mother was never fond of the house.  She loved the house I was born in but for some reason, unknown to me, we didn't stay in that house but moved to the "little blue house" and she was never really happy there.

I was, however.  I loved to go out into the huge back yard and chase horned toads -- lizards common to Texas that are now practically extinct.

I loved to pick the buttercups that grew wild 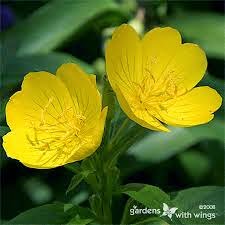 and I was fascinated by the twisting, sinewy mesquite trees -- two of them -- that just grew naturally in the yard. 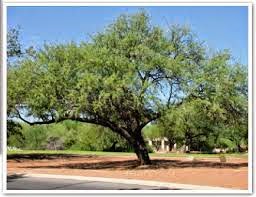 This little house was my world, as most kids houses are, so it is no surprise that when I started having recurring dreams, the house would figure significantly in those dreams.

I have always been a dreamer -- not a day dreamer but I dreamed a lot -- I still do.  One recurring dream that I had regularly until I was about nineteen revolved around the house.  A bit of back history -- when I was still very little my mother would warm my pajamas in front of the bathroom heater so that after my bath I would have warm pajamas.  I was still in diapers and I wore plastic diaper covers that were common at the time. 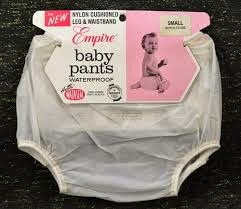 We would run the bathroom heater on really cold days to just help warm up that part of the house so one day, clever little me, decided the thing to do would be to "warm up" my plastic pants so I laid a pair over the bathroom heater and toddled off.  It didn't take too long for my mother to notice the odor of melting plastic and again with the panic.  I was fine, not even in the room but I surely could have burned the house down.  I am sure my mother said something to that effect, probably in a high pitched voice and I am sure that is where the recurring dream originated.

In the dream my mother, father, cat and I were standing on the curb looking at our house and it was on fire.  I even drew a picture of it at school which was very disturbing to my mother.  I was afraid of fire -- I didn't like the gas stove which made cooking in home economics class really difficult -- and the dream continued on a regular basis.  Then, when I was nineteen, the "little blue house" caught fire and was gutted.

I never had the dream again.

After I became an adult, my dad and I talked a lot about this dream and I finally told him of another dream I had been having for a long time.  It was then that he mentioned a concept he had read about called DNA memory -- the idea that it is possible to inherit memories from our ancestors through our DNA.  I hadn't heard of it and didn't pay too much attention to it -- it was a little "out there" for me.  However, as I continued to have the second dream I started thinking about it because this dream took place in a different time period.  Each time I am on the bus going downtown.  The bus stops at a stop sign before crossing a railroad track.  I look out the window and see my grandfather talking to another railroad employee as they stand on the track -- even though that incident is in my dream, it really did happen when I was about 6 or 7  and it just kept on showing up in the dream.  As the bus crosses the railroad track we are no longer in current time but back in the 1800's.  In the dream I am travelling down North Flores Street which runs behind Fox Tech High School and as I look to my left the school is there but as I look to my right there is a row of old, white Victorian houses -- with black trimmed window screens and I stop in front of one of the houses.  There is a horse and buggy parked in front of the house and I stand and watch.  People come out of the house and get into the buggy -- the woman was dressed in a long, calico dress with long sleeves and a high neck. I feel like I know these people but I can't see their faces.  I can't identify them.  Then the dream is over.

So......my husband and I were planning a trip to San Antonio, just the two of us, and I asked if we could travel that route and see what was there since it had been years since I had been in that area. I got very curious when we reached the stop sign at the railroad track.  As we ventured across the street the school was to our left and yes, to our right was a row of old, white Victorian houses.  My eyes came to rest on one house and I knew that was the house of my dream.  I came home and did a bit of research and, to the best of my knowledge, none of my family ever lived on this street -- at least on any of the censuses.  Why would I know this house?  Why would I be drawn to this house?

I never had the dream again.

I have found other memories to come to the forefront of my mind through dreams -- things I had forgotten about but felt I should be able to remember and then there it was in a dream and suddenly I remembered -- and continue to remember these forgotten memories.

I could talk about dreams that I have had that I believe are visitation dreams but that is another post altogether and maybe someday I will share those but I think it would be hard to convey those dreams in words but they were very special at the time and they continue to be vivid and relevant.

So, do you dream?  Are you memories linked to dreams?