Being brought up in the church I have always known about communion -- first and otherwise.  My first communion was in 1957 in Asbury Methodist Church, San Antonio, Texas.

We had just built the "new" sanctuary, pictured above, and I was the first one to be baptized and take communion at the new altar rail.  It was quite an honor.  My mother was concerned that I was only seven, four years shy of the accepted "age of accountability" of eleven but our pastor, Brother Cox assured her that my decision -- and it was my decision -- was fine.

My husband was raised in Northside Baptist Church in San Antonio, Texas and was a member there until we married and he became Lutheran. 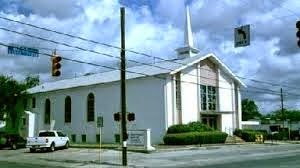 Fast forward to age 16.  I was disenchanted with the church I had been in since birth so I went "church shopping".  I landed in one of the biggest churches in town with a very large youth group which I never participated in.  The church was Concordia Lutheran Church, San Antonio.  I am probably sitting in the back of that second photo, left hand side as you are facing it, as that was my usual spot but I can't exactly locate myself in that very crowded photo. 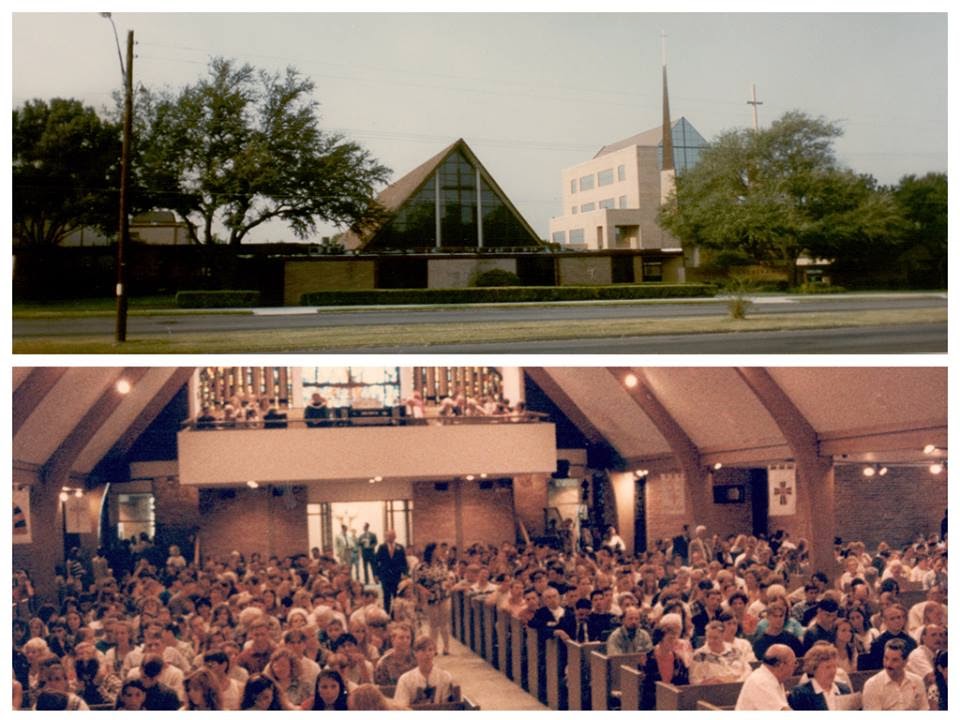 Hubs and I married here and our babes were baptized here and we decided to go church shopping again in the mid- 1980's.  After a few years at Redeemer Lutheran in San Antonio we ended up at Mt. Calvary Lutheran Church, in San Antonio and stayed there until we moved in 1990.  Mt. Calvary is where my son went through his first communion and confirmation training. 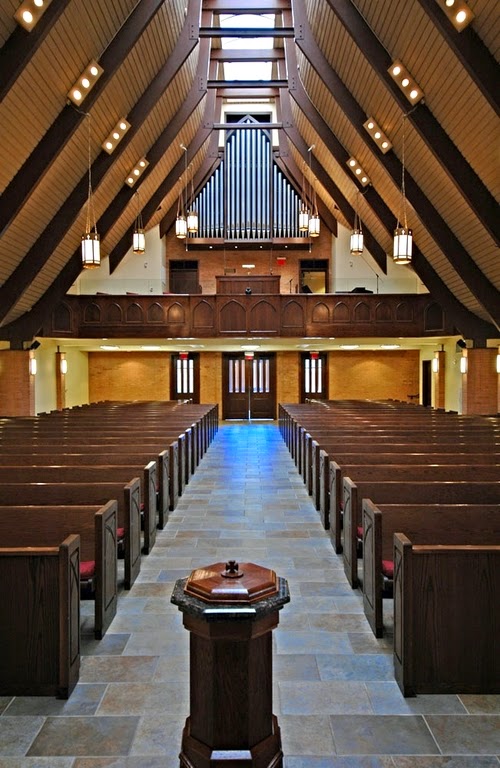 He was under the tutelage of Pastor Kim DeVries -- a wonderful pastor, so good with kids.  He passed away just last year.

1990 found us in Fort Worth, Texas -- not a heavily Lutheran area in the midst of the Bible Belt. We finally settled in on Christ Lutheran Church and this is where my daughter took her first communion and had her confirmation.  I would love to show you a photo but by the time my daughter reached confirmation age the church had sold its building of many years and was then located in a store front.

About this time I had two ailing parents which required much care, regardless of the day.  I pretty much ceased going to church.  I was also put off by the politics that were alive and well in the Lutheran Church so I just decided to take the time off to re-evaluate my thoughts on all things "church".

Even though my children were raised in the Lutheran Church, they were Catholic School educated.  I knew that even though I was going through a religious "situation" they would be fine as they were very deeply entrenched in the Word.

My son was in college by this time and also doing his own religious exploration.  I didn't really know about it until he told me about the church he was going to that was originally an Episcopal Church that had gone back under the wing of the Roman Catholic Church.  He loved it.  It didn't surprise me.  He left the Lutheran Church to be Roman Catholic.  I was fine with his decision.  We didn't see him join this church, he didn't want us there.  I think this was just a journey he had to take on his own.

About the same time my daughter was going through a journey of her own.  She didn't want to be Lutheran any longer so she started going to St. John's Episcopal Church with a friend of hers.  By this time my parental dynamic had changed and I was missing church.  I had done my "thinking" and was ready to move back into the realm of church but I knew I didn't want to go back to the Lutheran Church so I started attending St. John's with my daughter.  I felt like I had come home. My husband was on a long term assignment in Canada and when he returned for good he wanted to be filled in on everything that had happened that nine months.  I told him we converted.

So, we all settled into our church homes and then the weddings commenced and the babies came and that brings us up to current time.

Our eldest grandchild and only grandson is now eight years of age.  Last Sunday he received his First Holy Communion at St. John the Apostle Catholic Church. 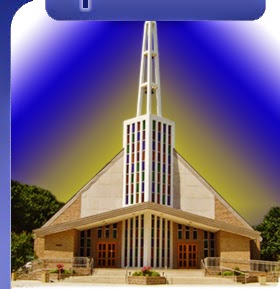 It was lovely.  I shed a tear.  That little baby that I kept for a while was growing up way to quickly.  I would post photos of him but his parents prefer that his photo not be put on the internet unless it is by the school.

We had a lovely lunch with them at Brio Tuscan Grille in Southlake. It was delicious! 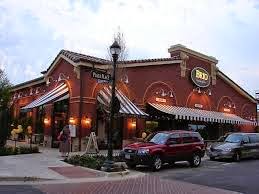 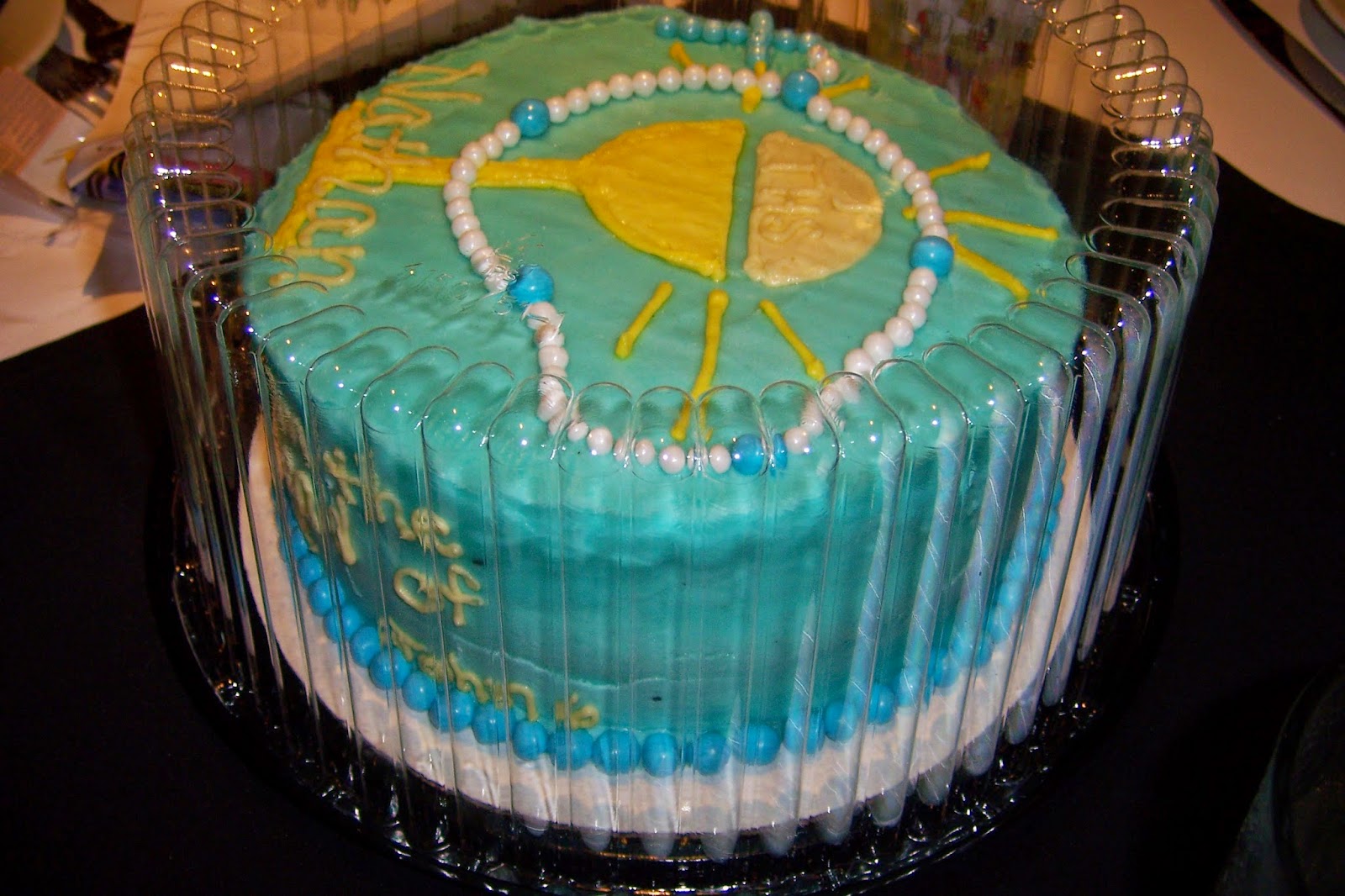 Our gift to the man of the hour was a hand tied Rosary (hand tied by me -- I love making these rosaries -- it is absolutely theraputic to sit and tie those knots). The twine comes from a company called Divine Twine, the instructions from a website called Rosary Army and the crucifix came from James Avery Jewelers, a Texas based jewelry company. 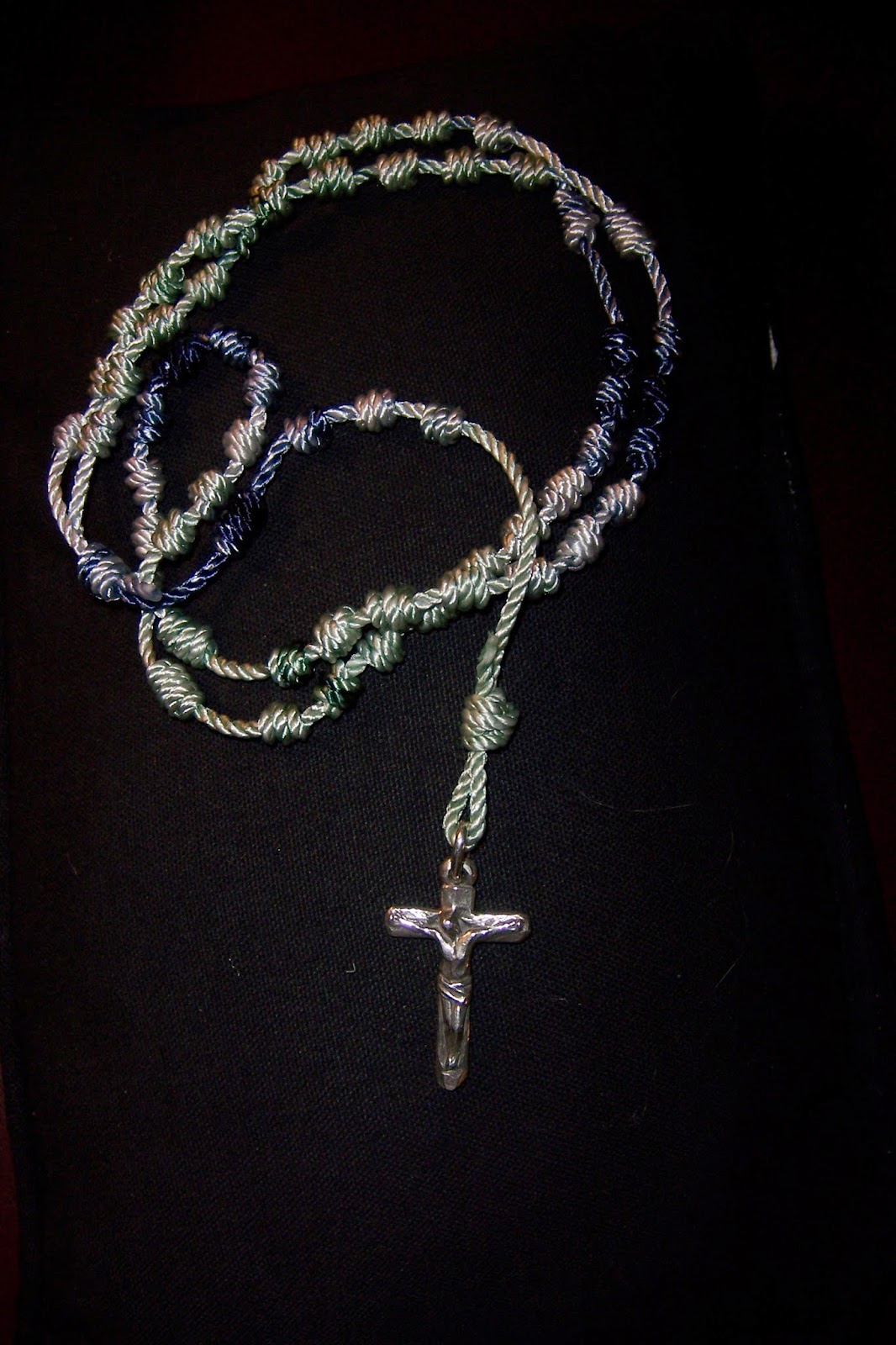 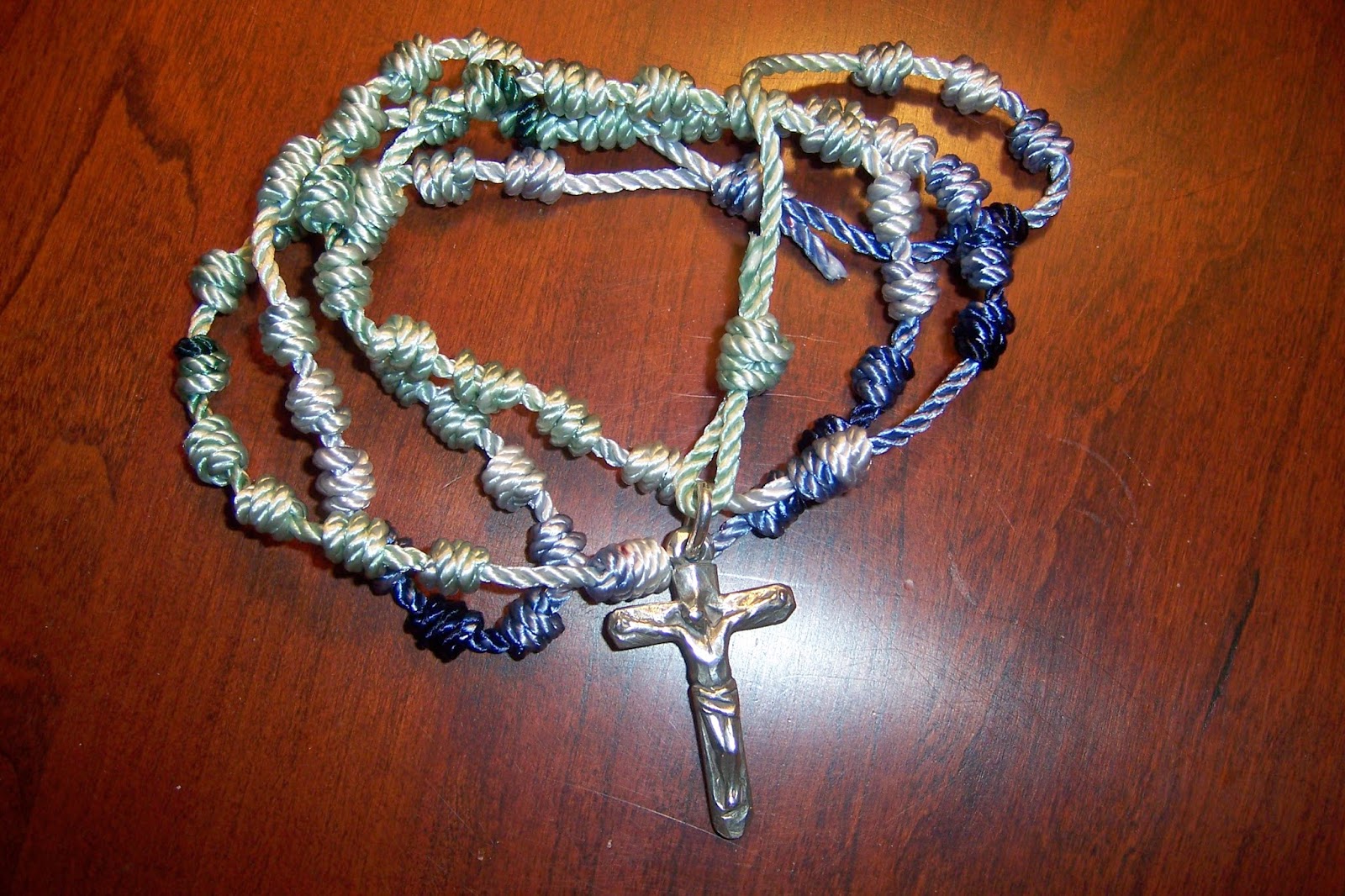 And, last but not least, the proud parents of the young man.  I don't really talk about my son often because they are very private people but I am so proud of him and I love him so much and I can't help but post this photo. 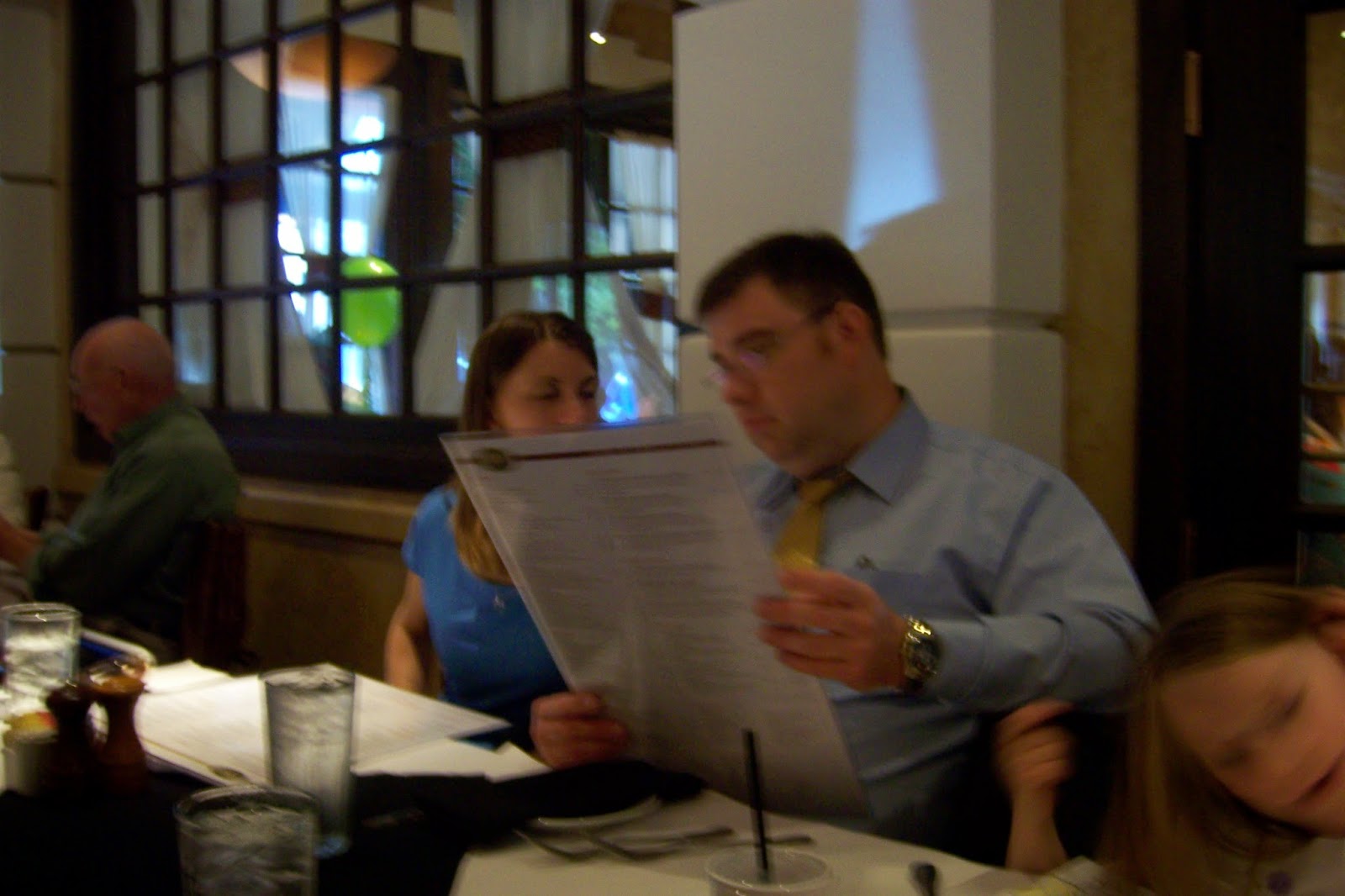 And I would be remiss if I didn't share this photo as well.  I speak often of the Hubs and I post rather unflattering photos of him in the yard and such so I thought I would share this one.  As I was taking it he was instructing me on the fine art of photography.  I didn't listen.  So, here is the Hubs. 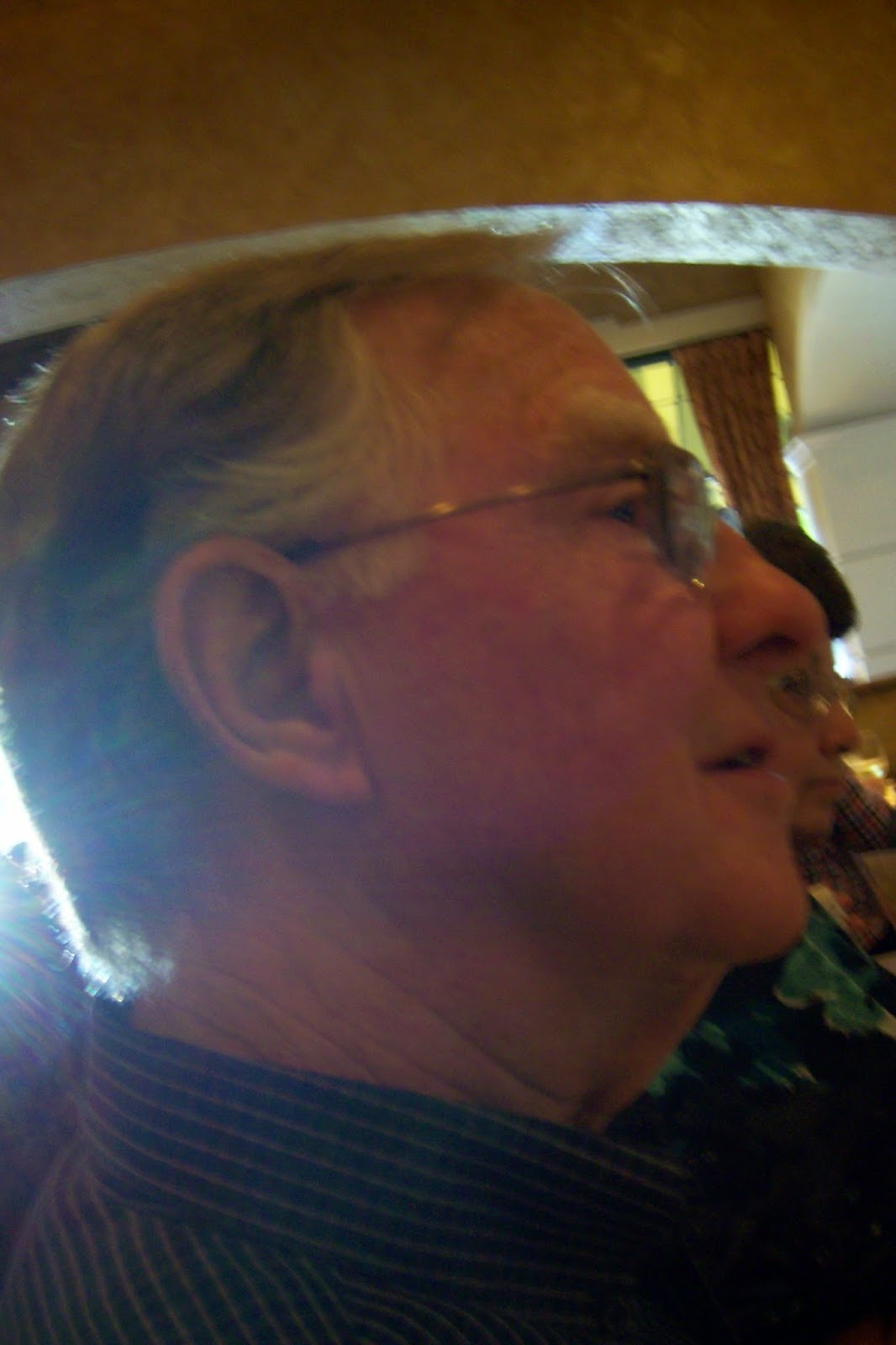 I wish I could post some photos of the grandson but I can't so I will leave you with this final pic -- my daughter and son-in-law also known as Bean's parents. 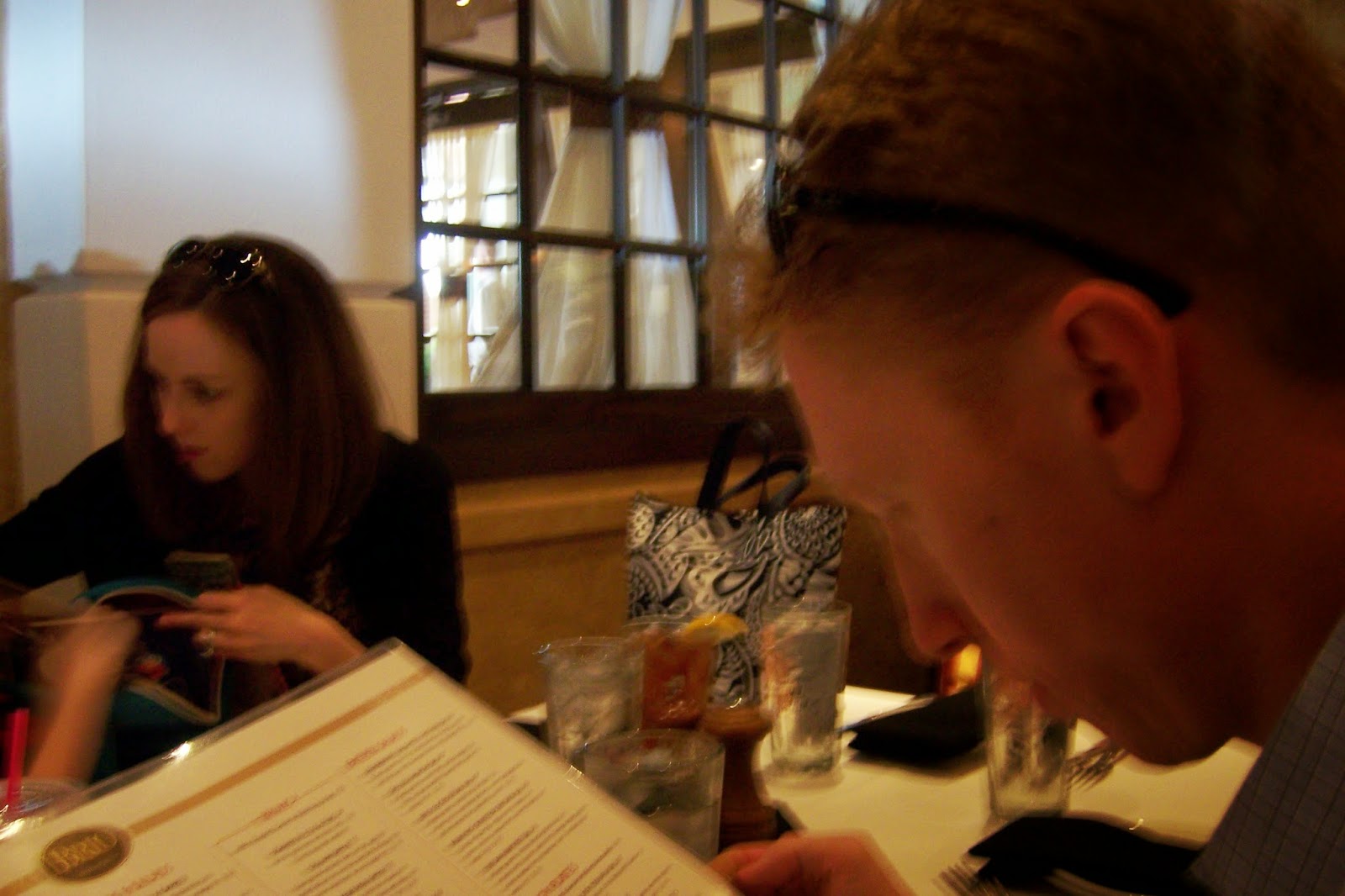 It was a good day, a good meal, good company and I was thrilled to be a part of it.