I spoke in an earlier post about trying to feed the Hubs and I like my mother fed us when I was a child.  I decided this week that I would employ her method of shopping so on Wednesday, Hubs and I visited our neighborhood Sprouts

to see what I could do.  So, I had some things in my head -- should have been on paper -- but I managed to pull together about a weeks worth of meals.  I even managed to check my freezers to see what I had on hand -- enough meat for about four meals and a few frozen veggies.  So, starting with that I purchased a nice roast, some chicken thighs for soup, some pepperoni for pizza that will be having tomorrow night, some bacon to put in the zucchini I bought to make calabacita.  Tonight we will be having spaghetti to use up the left over spaghetti sauce that I had from Monday's pesto chicken.

When I decided to try my mother's approach to shopping it seemed easier to me.  Meal planning is not my forte! Of course, the bill rose a good deal because I had Hubs with me and he had to have his snacks and cheese.  He doesn't like Kerrygold cheese though because he says it tastes like grass.  Imagine that.  Anyway, he chunked a few things in the basket but I can't begrudge him as I chunked in a new Mineral Fusion lipstick so it all evened out.

Of course, the day of the shopping ended with us going out to dinner! Muaaahhhhh (she laugh maniacally).  But, we were in the vicinity of his favorite hamburger place -- Chaps -- so I decided to indulge him and stop there for dinner with the idea that we would eat the tacos the next day that I had been cooking the meat for all day in the crock pot.  So, last night we did just that and I heated my tortillas a new way (well, for tacos, anyway) and it all turned out just fine. 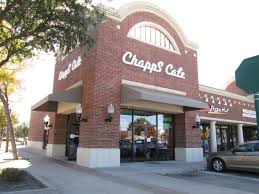 So, tonight it is spaghetti, tomorrow night homemade pizza and Sunday it will either the roast or a chicken I have squirreled away.  I have sides to go with all the meals and I think I did a pretty good job! Maybe doing it this way will make me dread grocery shopping less.  I can only hope.