In my previous post I explained that I would be away for a while because I was going to help my daughter out.  That was a bit cryptic and I didn't mean it to be, I just don't like to post online personal things that could be identifying factors.

The fact of the matter is my son-in-law was in Boston for a business trip.  My daughter doesn't mind staying alone but the mornings are a bit - uh - hectic to say the least.  She teaches school.  Bean goes to school.  They have to get ready and leave all at the same time.  It is pretty much a logistical nightmare without son-in-law so I spent the night to help with the mornings.  It worked well, they have a comfy bed for me and, since Bean retires reasonably early, I had ample reading time.  The only downside was the drive back and forth.  Lots of driving.  Tired.

So, Thursday night of that week, son-in-law Chip returned home on a later flight.  I had already returned home and climbed in my bed with my book. The phone rang about 11 -- it was my daughter in a panic.  Chip had returned home SICK! REALLY SICK! I thought maybe there was an exaggeration going on but 104 temp in an adult is not an exaggeration.  He was medicated and put to bed with the plan to tote him to the doctor the next day.  The next day came and I picked Bean up from school and brought her home with me.  She hadn't really seen her father yet or been around him so I just removed her from the situation. Chip had a raging case of the flu.


This was an impromptu decision so I really wasn't prepared.  There was grocery shopping to be done, art supplies to be replenished, beds to be made -- so much for "resting up".

So, Bean spent the weekend through Monday with us.  Yes, she missed school on Monday but we just live too far away for us to get her up and to school on time.  She wasn't happy about that but nothing could be done.

The weekend was chock full of activities.  Saturday involved a Girl Scout outing -- a movie with her troop.  We were able to go to the new movie theater in Keller -- we saw "Zootopia" -- and it was lovely.  The food was great, the theater was new and nice and the movie was -- meh -- a little too much adult humor for me but I guess they have to have something for all the adults in the audience. 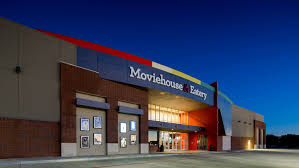 Sunday found us attending a birthday party at the Grapevine Aquarium -- 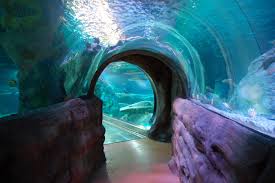 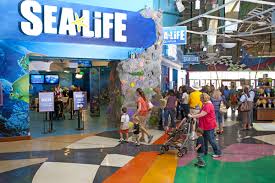 The aquarium was nice but honestly, it made me dizzy.  There were many acrylic floors over water with moving fish and it just sent me reeling.  It was lovely and I am sure it would be quite interesting if I weren't in charge of a youngster and it wasn't so crowded.  However, the kids loved it and there were all sorts of activities so a good time was had by all.

Monday was the finale of our little impromptu "break" and it was spent doing laundry and gathering things strewn all over -- and did I mention there were scones? 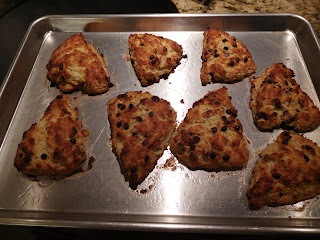 I did take some photos around the garden -- this season of anti-winter we have been having has resulted in an early spring and here are some photos to prove it.  Now if the rain would just quit I would be happy -- oh, and if we could abolish daylight savings time -- that would help. 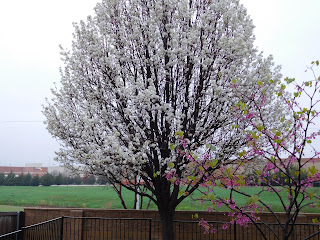 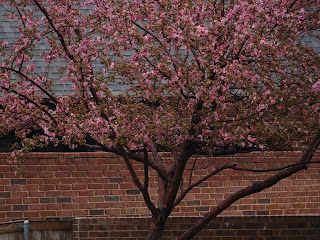 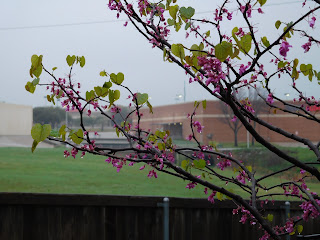 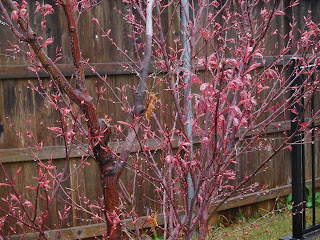 I also took some time to set up my little home gym.  And I do mean little! I don't have room for anything large so I have accommodated myself in a little corner of my bedroom

Now the goal for the coming week is to clean out my closet.  I would say 90% of what I have in there I haven't worn in at least 5 years and it is going -- away.  Soon.  I bought two new blouses and a new polo shirt which is good and I am going to order some new slacks.  Trying to streamline things -- however, it won't happen until I get started.

I am reading a book titled "Embers" by Antoinette Stockenberg.  It is pretty good so far -- about 1/3 of the way through -- but I hope it doesn't turn stupid.   I have read supernatural books that started out really good and then just turned silly as the story progressed.  I hope this isn't that way. I will let you know. 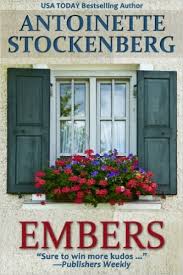 So, that is my two week hiatus.  Not very relaxing but definitely full of activities that were new to me.  My weekends are usually very quiet but last weekend was a nice change.  Maybe I will eventually recover.  But, oops, here comes DST weekend -- so much for that!
at March 12, 2016 2 comments: