It Takes a While aka Farmhouse Lust

Yes, it takes a while to grow into yourself.  When you are young you think you know what you want and you probably do at the time but you are a work in progress-- not done, not finished perking so to speak.  For any readers too young to remember anything but K cups, we used to "perk" coffee in a percolator.  Sometimes on the stove.  Sometimes an electric device. The coffee was ready when it finished "perking".  I don't think many people "perk" anymore.  I digress.

So, anyway, thinking about yesterday's post I took a little walk down memory lane visiting my former abodes.

When we were first married we lived in an apartment --

Our apartment was just across the courtyard from this one with the dutch looking one in the middle.  I have some photos but I am just too lazy to go find them so I got this off an apartment rental website but you get the idea.  It was a cute apartment, really sort of fancy at the time -- it had a sunken living room with steps up to the dining room/kitchen and bedroom.  Those steps proved to be quite dangerous if you were racing through with socks on.  Experience?  Oh yes.

Then, after a year of my husband trying to create a workshop in a closet we decided we needed a house with a garage.  So, we looked in a little local newspaper called the Northside Recorder and found this one -- easily assumable with hardly anything down and the monthly payments were less than the apartment so we moved. 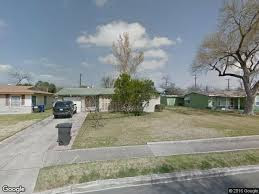 This house went through many changes.  We moved the front door, we closed in the front porch, we put french doors on the garage, we added a very large family room, we remodeled the kitchen several times and created a large laundry room.  The current owners have made more changes and not for the better.  I liked it better when it was mine and a different color.  This is the house we lived in when my children were born and lived a good portion of their childhoods.

Then we got transferred. 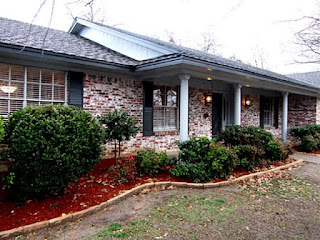 This is a photo off realtor.com.  This is where my children lived their teenage years.  It was a nice house but the neighborhood was aging so we decided to move on before we became too aged.

Here is where we are now-- 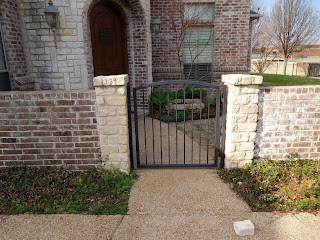 poor, lonely little unadorned gate.  I was going to go yesterday to find something to embellish it but that never happened.

So, what is all the point of this you ask?  Other than me looking at my own evolution?

Well, there is no point except to show you that if I were going to make one more move, money were no object and I could actually build it myself this is where I would be... 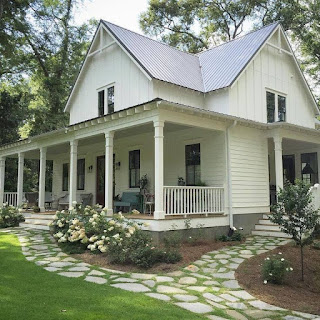 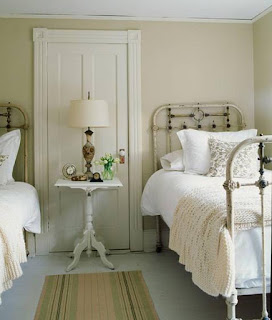 but since that probably isn't going to happen I am turning my thoughts toward this... 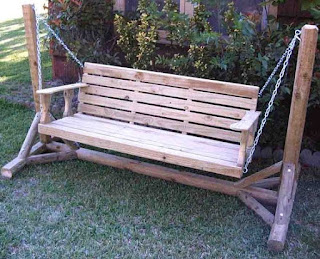