In the past we have visited the places of our childhood, our former homes and schools and this time was no different except that we included some different places that had meaning to us.  Or me, mostly.   So, I will share some of these photos with you to show you some of the beauty of this old city.

San Antonio is a Catholic city.  It was founded as such and as such it remains.  Here are photos of two prominent Catholic churches in town.  The first is the Basilica of the National Shrine of the Little Flower.  My great-grandmother attended church here and was buried from here. 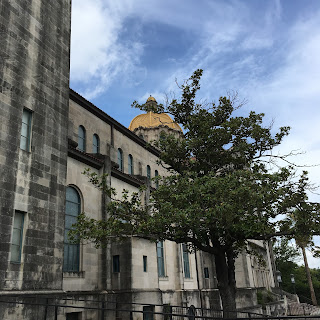 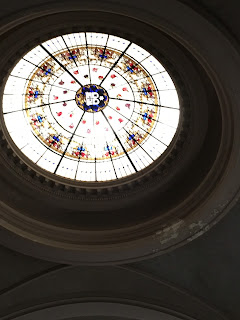 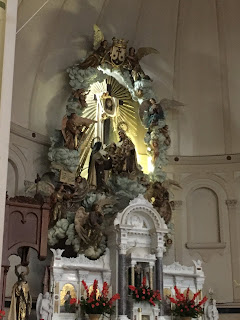 The next photos show St. Joseph's Catholic Church in the heart of downtown.  St. Joseph's was surrounded by a huge department store, Joske's of Texas, and at one point Joske's asked to buy the church for the property.  The offer was declined so they just built around the church and now the church is jokingly referred to as "St. Joske's". 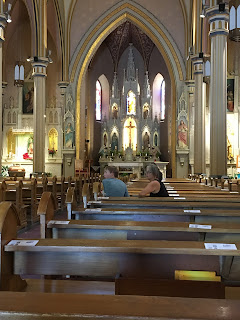 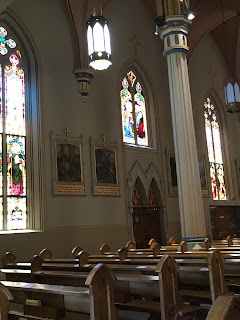 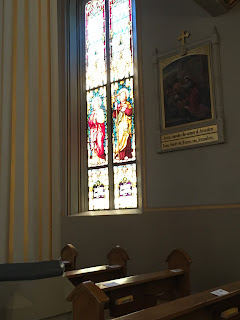 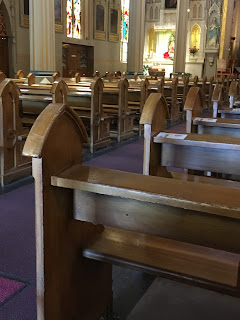 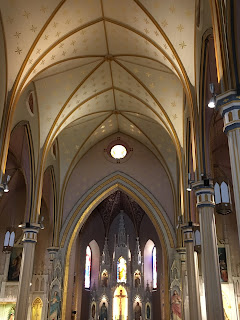 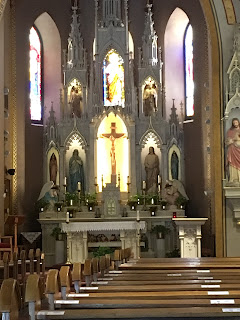 Magnificent, aren't they?
Next are some photos of La Villita. La Villita was the actually beginning of the city, it was originally a small Indian community that the Spanish priests had come to convert.  In my youth, it was a pretty dicey place to roam around, it wasn't "fixed up", it was kind of scary actually.  However, over the years, probably around the time of the World's Fair in 1968, attention was paid to the salvation and preservation of this historic area and it now hosts a good number of high end restaurants and art galleries.  It is quiet and shady and just a magical place to visit.  Of course, it comes to life during Fiesta in April but on a daily basis it is just a pleasant place to visit. 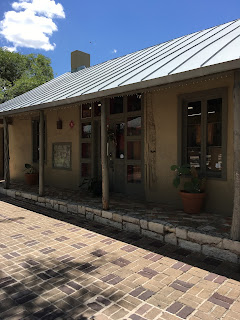 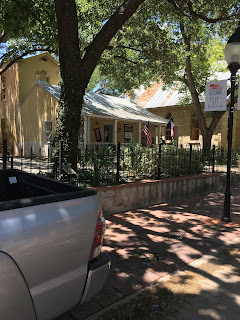 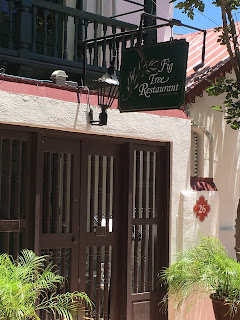 The next photos are just some random places downtown that have meaning to me.

The next photos are of the famed San Antonio Riverwalk.  When I was a child the Riverwalk was nowhere you wanted to be.  It wasn't a "walk" actually but a dirty creek than ran through town where all sorts of unsavory things could surface on a Sunday morning after a wild and woolly Saturday night.  However, again with the city planners, a decision was made to do something with the area which was a good thing -- it has been developed beautifully, is home to lots of restaurants and music venues, and it is a gorgeous, landscaped walk through downtown and they keep expanding it so it goes even farther now.  It isn't scary anymore.

When I was a child growing up San Antonio had some really nice shopping downtown.  We didn't have malls and we didn't have cars so we had to take the bus downtown to shop.  We would walk up and down Commerce Street and Houston Street looking in all the little dress shops, shoe stores and dime stores.  I remember the way the Woolworth's smelled!  Ultimately we would end up at Joske's -- the biggest store in the biggest state (until we acquired Alaska!). Joske's was the Harrod's of the Southwest.  You could buy anything at Joske's.  There were two places to eat there -- The Chuckwagon which was where we went as children and The Camilla Room which we never went to because we were children.  There was a beauty salon and a bridal salon.  You could buy clothing, and fabric and shoes and saddles -- yes, indeed, you could get anything at Joske's. 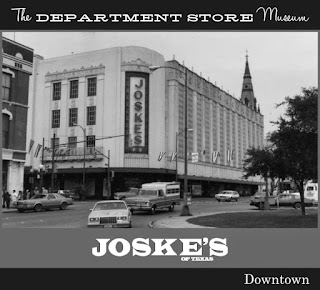 See -- you can see the church spire of St. Joseph's in it's little niche created by this giant department store.

Well, Joske's survived well into my adulthood but then it went the way of so many stores being gobbled up by big conglomerates and it couldn't compete with the malls in the suburbs so it changed hands many times and finally just stood vacant for a number of years.  Another mall had been build downtown adjacent to Joske's and finally, in the last three years or so, Joske's was incorporated into that mall.  How you ask?  Well,they retained the complete facade and gutted the inside and subdivided it.  I wanted to see how that was done and if any remnants of the old building were there and I was pleasantly surprised.  Clearly the facade remains and it was cleaned up and refurbished.  It was a lovely building and they have done it justice.  The inside, of course, was different except that there were visual signs of the old store -- the windows were uncovered (I had never seen an open window in that store in all the years we went there) and looked out over the city.  The old, heavy brass doors remained with the hardware still in tact and there are huge wall sized photos of how the store was back in the day.  They look to be permanent and pay great homage to the store that was the biggest store in the biggest state. 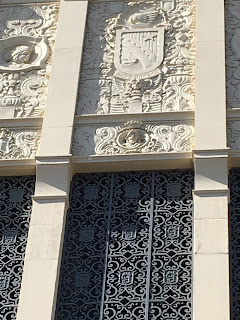 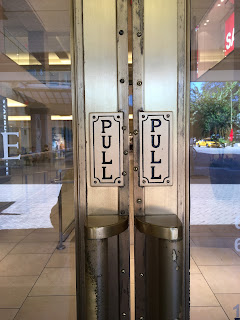 I was afraid it was going to be a horror story but it wasn't and I would rather see it be part of the mall and saved than go under the wrecking ball like so many other things and places have.  It is good.

Another place we visited was Woodlawn Lake.  Woodlawn Lake is situated in an area of town close to Jefferson High School -- a very historic, gorgeous high school -- and it is in the neighborhood that my mother spent her younger years in.  It is close to Little Flower and my mother's entire family lived in this area at one time or another.  We visited this area a while back and I have to say it was pretty sad.  It needed some work desperately and I would have to say that somebody took note of it and much progress has been made.  It is a lovely park now, Woodlawn Lake Park, and it is actually used.  I saw many people walking the walking paths, couples with ear buds walking to the music, moms with strollers, kids playing basketball and Egyptian geese all over the place -- google it -- odd birds with pink legs.  Anyway, this is one area that progress made sense and it looks good.

So, that was just a brief overview of our 2017 Pilgrimage to San Antonio.  We did other things, of course, like eat at our favorite anniversary restaurant, Fujiya's, and barbecue at Bill Miller's and Mexican food at Jacala's and Teka Molino.  We drove around our old houses and schools and libraries.  My elementary school has been torn down and rebuilt.  I realize it was necessary for the education of the kiddies but the new school just doesn't have the same historic, vintage look to it and I don't think it ever will.  Standard issue modern architecture.  Nothing to write home about.

It was a good trip -- I am already starting the sightseeing list for next year!  See you then, SA!