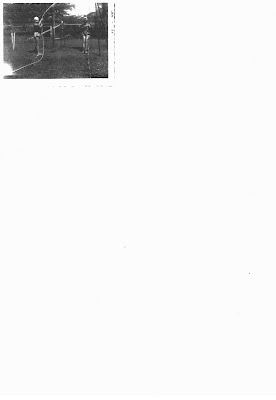 Doesn't this look like fun? Don't you wish we could do this again? Well, I guess, theoretically we COULD do it but it wouldn't be the same. There was just something about playing outside in the hose/sprinkler -- not worrying about getting sunburned or washing off the sunscreen, not worrying about germs but tasting how great that cold water was out of that hose, laying on big towels drying off in the sun, eating cherry tomatoes that Granny grew just outside that fence. Life was good in 1956.
at July 01, 2008 2 comments: 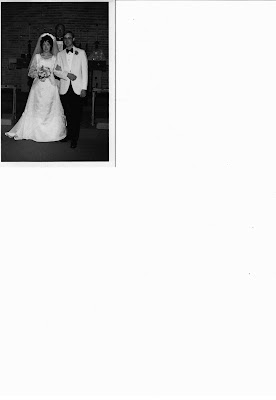 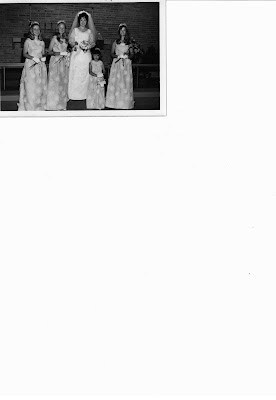 Happy Anniversary to me -- Again!


Today is my wedding anniversary. A and I have been married for thirty six years. We "went together" for seven years before that so we have been in each other's lives for forty three years. My, that sounds like a very long time. But, it has been good. We have been healthy, have two healthy, accomplished kids, one really cute little grandson and a granddaughter on the way. Life has been good to us.

However, looking back over the "special day" I think of all the things I would have done differently. I wanted a different kind of wedding -- I wanted a private wedding with just parents, immediate family, jlshall and M and then have a big, party like reception. I wanted to wear a short dress and preferably no veil. However, A and my mom thought I would regret it if I didn't have a traditional wedding and reception so we carried on with their plans. Now, thirty six years later, I still like my original plan and, if I could do it over again, I would have my way.

In thinking back over the way things went, however, if I absolutely had to have a traditional wedding, I would still change some things. I wouldn't get married on the fourth of July weekend. People complained that it conflicted with plans like barbecues and trips to the lake. I wouldn't wear a long sleeved dress in July in South Texas. Why? Well, it is inevitable that with a l/s dress in July, the a/c in the church would break down, now isn't it? It did. I would choose a photographer whose pics wouldn't change colors. Now, of course, these pictures are in b/w because my scanner is a b/w scanner but they are in color. The bridesmaids wore lovely peach colored dresses and white gloves and cute bows in their hair. They were all a little past the "bow" age but hey, it was the early 70's, bows were popular.

The one thing I wouldn't change is the groom. He is a good guy and takes really good care of me and always has. So, I guess, at the end of the day, where it happened, when it happened and how it happened doesn't really matter -- the only thing important is that it DID happen.

The first photo is of my bridesmaids -- l to r : My cousin, Penny; Sheila, A's sister; me; JLSHall (also cousin to Penny); and the little one is Sheri -- the flower girl who didn't want to throw the flowers -- typical.