I cook.  I haven't always enjoyed it and still don't enjoy a lot of cooking but I have a few things I do like to do.  Granola is one of them.


Ok, you mix everything together except the currants (or raisins), spread in a thin layer on a cookie sheet and bake at 350 for.....well, that is a tricky question.  I have tried timing it but it messes up on a regular basis so my advice would be to WATCH it.  It burns easily because of the honey so just watch it until you get it browned to your satisfaction.

After it cools add the currants or raisins and stir.

Sometimes, when I can find it, I add a cup or two of shredded, unsweetened coconut before I bake it.  It adds a little texture but, being unsweetened, it doesn't make it overly sweet.


The weather here in North Texas has been very Texas-like lately.  We have had several days of really gorgeous, springlike weather but as is usual in Texas, it changes quickly and so do our activities.  We have been getting out and about a lot during the good days which has been great but we have also been staying in a lot which requires having something to do so you just don't succumb to cabin fever.  I have been doing a lot of these. 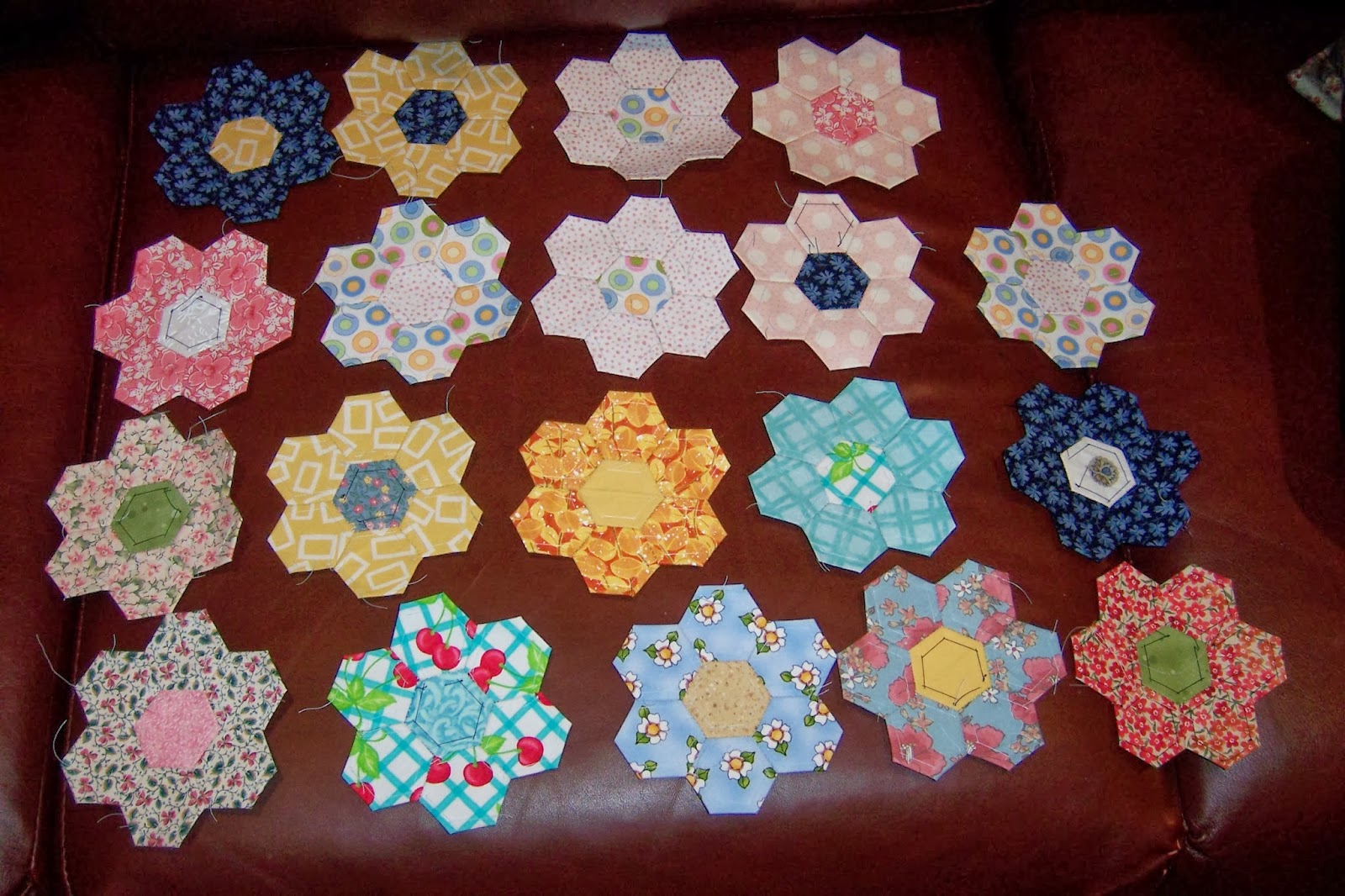 They are very addicting and satisfies my need to do handwork and I can watch tv and not have to concentrate on it too much.  I am not sure what i am going to do with them when I am done but I will figure it out.  Since I am interested in making placemats and napkins lately, I might use some of them for that.  This is just a small sampling of what I have to work with -- trust me -- there are MANY!

I have also been doing some reading for my 2014 Goodreads Challenge.  Right now I am reading "French Women Don't Get Facelifts" by Mireille Guiliano.  I have just started it but it seems to embrace the same ideals of aging that I possess myself.  Trying to do it gracefully but perhaps this book will give me some pointers.

I am also reading "The Big House"  by George Howe Colt.  It is the story of the summer house owned by his family and a vanishing way of life.  I just started it but it is very good, so far, and takes me to a part of the country -- New England -- that I have never been to but always wanted to go to and gives a glimpse into the lives of people who spend their summers in houses in places they don't live -- an event less common today, I would suspect.

I have also been baking lots of bread.  I don't care for commercially made bread.  I don't know why, it is what I was raised on, but it just doesn't taste good to me anymore.  So, I have been baking bread and doing it the old fashioned way -- not in a bread machine -- because I prefer the form.  The bread machine bread doesn't make nice sandwiches and it also dries out much quicker.

Venturing farther into the cooking realm, I have also been making my own granola.  Not rocket science, I know, but it is really good and the more I eat of this homemade food, the less I like the commercial, processed varieties.  I haven't calculated cost because that isn't really my emphasis in  making things myself, but I would imagine that it makes the products more expensive but at least we aren't throwing half the food away which is another calculated expense.  So, I have now taken to making my own breakfast cereal, my own bread, my own cookies and I discovered a lovely little cake in my very first Betty Crocker cookbook which was given to me as a wedding present.  It is called "Dinette Cake" and is made in a 9 inch cake pan.  It comes up in a nice layer and frosted it makes a great little dessert for us with only six portions (or eight if you cut it that way) which means a lot less for us to eat since neither one of us need it at all.

So, that is what I have been doing.  Sounds boring but it has been a lot of fun and I have been having a great time exploring new ways of doing things.
at January 22, 2014 1 comment: