Ok, it has taken me all this time to figure out that it might not print out the photos but it most certainly will scan them in and very well, I might add.  I kept asking the Hubs to do something so that I could post old photos to my blog, Ancestry.com, and Facebook.  His answer was for him to photograph the photographs and then download them.  That works but it requires him to actually do it and therein lies the problem.

A couple of weeks ago I was whining discussing the issue with him and voila! he sat down and figured out how to use the scanning option of the machine.  Of course, we knew how to scan, we have been scanning documents for ages but not photos.  So, after about an hour he has figured out how to scan and crop and save in Shotwell.

The real challenge was teaching me how to do it.  So, armed with a yellow pad to write down the steps I was ready.  However, he really needs to get over his over reaction when I touch the mouse.  It really freaks him out because he says I just push buttons willy nilly when all I have done is put my hand on the mouse.  We aren't particularly compatible when it comes to computers. It is a good thing we met and married before home computers were available otherwise I have no idea what might have happened. Anyway, I digress.

So, after a bit of fiddling around I managed to scan in and tag a half dozen photos and think I can actually do it myself but we shall see.  I will try a few more this evening.

But, in honor of me mastering scanning (gag!) I would like to introduce my parents.  Aaron P. Boyett on the left and Alma Elizabeth Davis on the right.  Both were born in San Antonio, Texas in 1923. 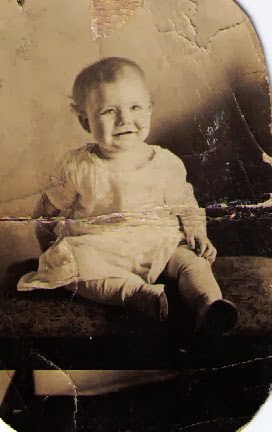 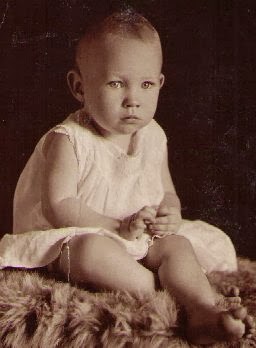