I regularly read a lovely blog -- Penhallowstreet.blogspot.com -- authored by Bonnie.  Bonnie is a wonderful artist both with a pencil and a needle.  She has a strong faith, a wonderful outlook, and writes very thought provoking posts.

In her latest post she wrote about Sundays and how they have changed from her childhood.  Her post caused me to pause and think -- go back in time mentally to those Sundays of my childhood.  I remember those days being very long and sometimes boring.  Once I could read, I remember those days being filled with beautiful words which wove beautiful stories. I remember my mother cooking a large meal -- it was always roast -- and it was all so good.  I remember liking Sundays more as I got older.  I enjoyed the quiet of it all, the change of pace, I even enjoyed the boredom of it.
Then things changed.  Somehow -- I think it was when stores started opening on Sundays -- things got busy.  Sunday wasn't any different than Monday or Tuesday.  It was just another day.  It seems we never got a break from the busyness of life.  No wonder everybody is so tired!

I think we should go back to having Sunday.  No, I am not talking about time travel -- push a few buttons and whoosh -- we are back in the 50's.  We can, however, edit ourselves.  How about if we plan our time so that we clear our calendars for Sunday except for church.  How about if we plan our Sunday meal so that it can be mostly cooked on Saturday.  How about if pretend the stores are closed, shop accordingly prior to Sunday and just take a shopping break.  How about -- get ready, here it comes -- if we take a break from technology.  What if we turn off the computers and phones.  What if we sit down with the Sunday paper (we don't even take the paper anymore).  What if we listen to the radio, have the family over, read a book, just do something different than we do on a day to day basis.

As I read Bonnie's post I realized she is a very wise woman.  She mentioned the feeling of guilt if we aren't busy all the time.  She reminds us that we are given Sunday as a day of rest because we NEED the rest.  Our bodies and our minds can't function properly without rest.  So, if society isn't going to allow us to rest, we are going to have to take it upon ourselves to create our own rest.

So, I am suggesting that we take Sunday back and live it as it was intended.  I think the first thing I am going to do is give my electronics a rest as well.  The second thing I am going to do is plan my Sunday meal so that it is mostly done on Saturday and I can enjoy the day and a good meal without slaving away in the kitchen.  When those two things are done I am going to set aside time to do something that I want to do that I can't find the time for during the week.  It might be reading, it might be sewing or needlework but it will be something that brings me joy and gives me relaxation.

So, does anybody want to join me in a technology free Sunday?  Sounds like a challenge to me.
at August 03, 2014 2 comments:


The morning was unusually cool for August in Texas. We rose early in preparation for the drive ahead.  The day had come for the biennial Bordovsky/Hudec family reunion.  I was ambivalent about it, as was my husband if I am to speak honestly.  However, his mother is 93 so who knows how many more of these get-togethers she will be able to attend so we dressed, grabbed up our contribution to the table -- traditional Czech kolaches -- picked up Granny and off we went.

After about an hour and half drive and a Starbucks stop, we arrived at the small, central Texas community of Elk.

Elk is situated outside of Waco and is primarily a farming/cotton growing community.  It's only claim to fame, to my knowledge, is that the Elk store was the ATF headquarters during the seige at the David Koresh Branch Davidian community, Mount Carmel,  back in 1993.

My husband's grandfather immigrated from Moravia in about 1884 as did the Kubitza family--his grandmother's family.  Little did they know that the families would come together again years later in a marriage which combined Grandfather's family from another marriage, Grandma's family from another marriage and grew with a number of children from their own union.  It was a big family and these families continued to grow which meant these reunions were large, loud, rambuctious affairs!  When I started going to these reunions I was amazed at the number of people who attended.  We would take family group photos that were as large as classroom group photos.

Over time, however, the family inevitably began to shrink.  Many family members have been lost -- from the youngest to the oldest -- and now only three of the original "children" remain.  The extended families have grown up and been scattered all over.  There doesn't seem to be a really good time of the year for everybody to get together but the cousins that do the planning do the best they can to be accommodating. This year there were only two children, my grandchildren, so there was a sharp contrast to past reunions.

These reunions take place at the Catholic church -- St. Joseph's -- that the family has been involved with for generations.  It is a small church with a small cemetery and a really nice parish hall.  The food is outstanding -- and there is always so much.  The desserts are mouthwatering -- pecan pies, fruit cobblers, German chocolate cake and, of course, kolaches.


We socialized, caught up, missed the three that were lost since the last reunion, looked at beautiful, old photos scattered on the tables, ate our fill and said our goodbyes, promising to see each other again in two years.  It was a quiet time this year -- we all commented on the unusually cool weather as the breeze blew through the doors at either end of the parish hall.  As that breeze blew I could almost feel the spirits of those who were no longer with us, passing through that hall. 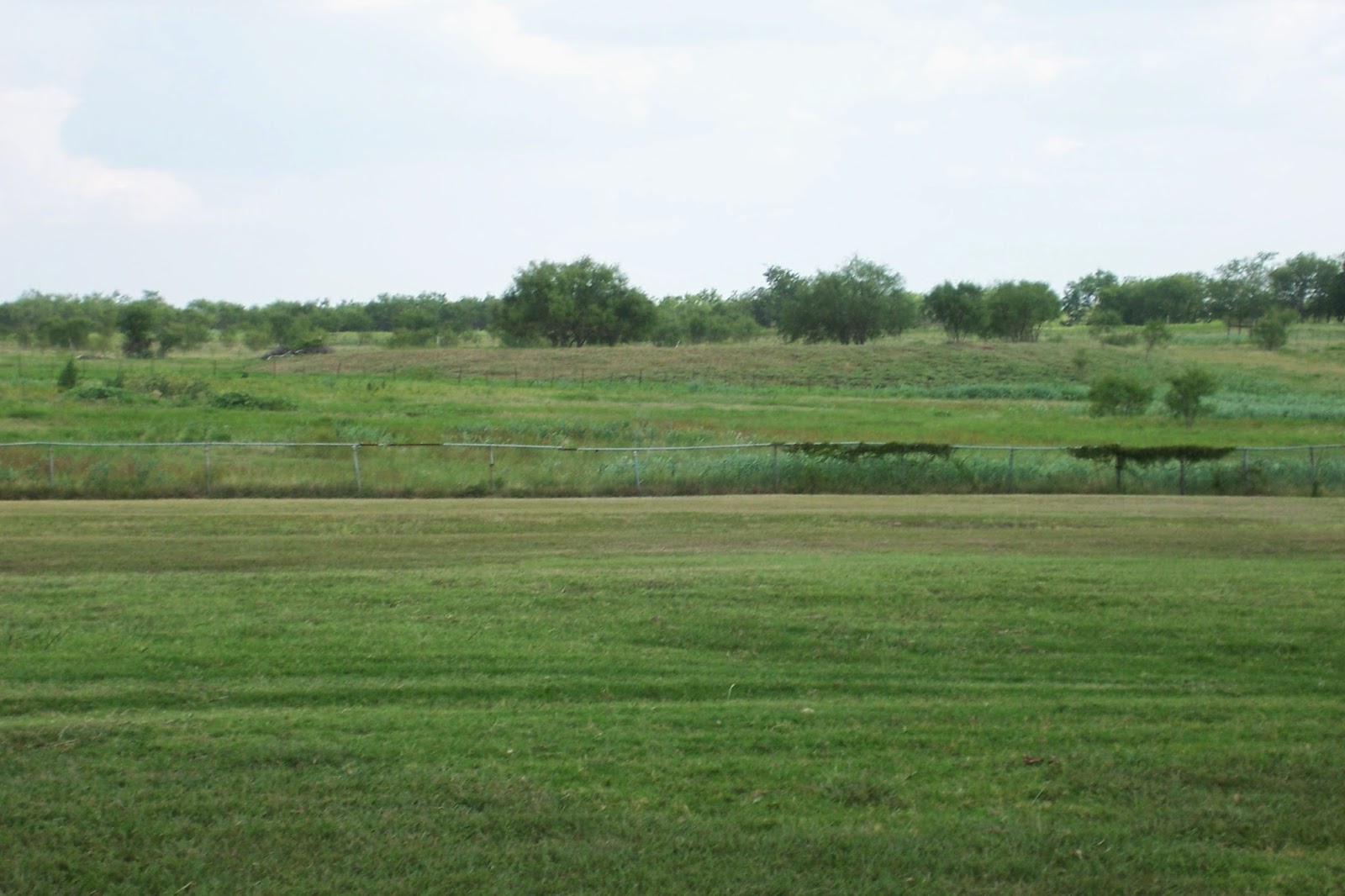 
If you have read my previous posts on this subject, you will know that I have been on a quest for natural cosmetics and have found some wonderful brands with great products.  However, I have also discovered that most of them have lousy lipsticks, at least for me.  Unfortunately, I am the sort of person that needs some sort of lipstick so I don't look like a cadaver.  So, I went looking for a nice, neutral lipstick -- not shiny, just creamy with enough color so I look a little perkier.

I happened upon this -- 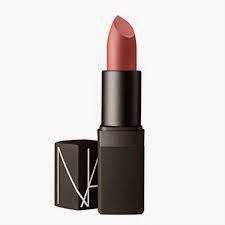 NARS Cosmetics sheer lipstick in Dolce Vita.  Cult favorite, they say.  Beautiful color, a tad pricey.  Bought it, used it, was happy in my lipstick find until I started researching the product and found it to be very toxic.  So.....I went on a quest to find something a little more acceptable.

I spent a good portion of Friday talking to the people at Clinique and reading reviews at EWG.org and goodguide.com.  I finally went to the mall and discussed my plight with one of the lovely ladies at the Clinique counter.  We found an exact match -- Nearly Violet - in the High Impact line.  Now, not all of Clinique's products are rated really well, but these lipsticks seemed to be acceptable. 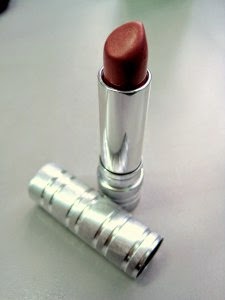 I also did some research on the L'oreal line and found an almost perfect match there, as well.  It is called Eva's Nude and is close enough for me to consider it a duplicate.  Across the board, L'oreal's line seemed to be acceptable in the toxicity department as well.  I was really glad to find a couple of replacements for this really nice, go with everything color. 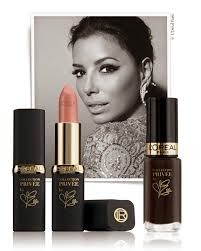 In the process of trying all this makeup and taking a long look at the "mature" me, I have decided that this is one area where the saying "less is more" has a great deal of meaning.  So, for a couple of days, I have used a neutral eye makeup -- I have to use eye makeup or my eyes disappear -- and I have used the lipstick -- no foundation or blush -- just some nice moisturizer and I have to say that I was pleased.  I had enough junk on to feel "finished" but not smothered.  I will continue on this path for a while because I think it looks better, feels better, costs less and a lot less in my makeup bag if I feel the need to carry it with me.