Today is the 51st anniversary of our first date.  We went to a local theater to see a James Bond double feature.  We are celebrating by having homemade pizza and watching "Dr. No" which was one of the movies we saw that night. 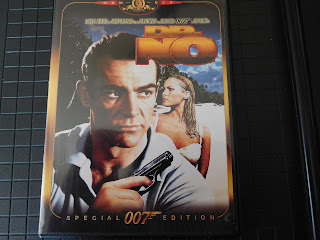 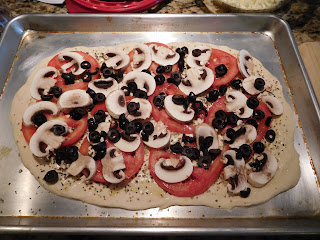 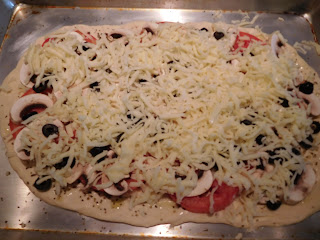 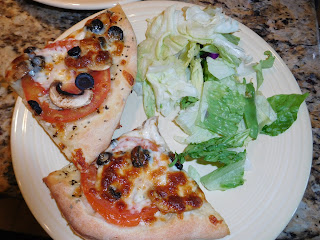 Ok, I am an anomaly.  I have a strong artistic desire but absolutely no artistic talent.  So, what do I do?  I dabble in crafts sometimes.

I quilt and really enjoy combing color combinations of fabric.  My quilts will always look like a beginner quilter because I am more interested in the color and fabric than I am the block pattern or the quilting design.

I do cross stitch because that almost seems like painting to me.  Of course, I don't make up patterns of my own, I use other's creations but sometimes I change the colors around.

I can't knit or crochet -- I just simply don't have the gene for that which makes me sad but I do have a set of those round knitting things that I am going to teach myself to use.  Someday.

But, I have been intrigued by something else of late.  Cardmaking.  I have a friend who makes the loveliest cards and they are a joy to get.  I have to say she is quite the inspiration.

I have tried my hand at cardmaking before but it was basically a blank card with stickers and it was a LONG time ago.  Since then the internet is teeming with all sorts tutorials and ideas and such so I decided to give it a go.  Today.

And this is the fruit of my effort -- 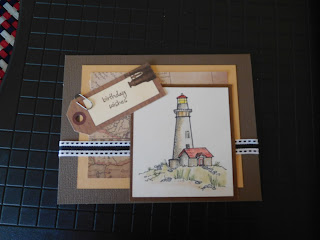 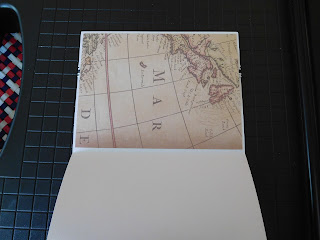 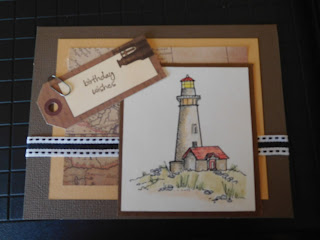 I did learn from my early attempt that you have to have lots of stuff to make cards.  Paper, ribbons, some way to stick it all down, blank cards, colored pencils, punches, embossing things, design elements -- the list goes on and on.  I have been making an attempt to acquire some of these necessary items and now that I have a few things I am going to have to make some cards to justify the purchases.

So, anyway, what probably would have taken an experienced cardmeister fifteen minutes to make took me --- wait for it --- drumroll -- five hours.  Yes, five hours and a trip to Joann Fabrics for "design elements".  I broke a sweat.  I struggled but the card is made and ready to be mailed.  It is definitely masculine so it will probably go to the next male having a birthday.  Now I have to work on some girly stuff which will probably mean more "stuff" and "bling".  I wonder if I can sell these?

Long Time No Blog -- So Sorry

It has been a few days since my last blog post.  You are probably curious about what I have been doing.  No?  Cool.  The fact of the matter is I have been doing very little of any import.  It is hot here which makes trying to do anything outdoors pretty miserable and draining -- not that I do much outdoors anyway.  Getting into a hot car and navigating the ridiculous traffic isn't fun either so we have been pretty much staying at home.

I have done a craft project -- a tooth fairy box.  I decided to do this rather than a tooth fairy pillow.  The tooth was just about to come out so I put a rush on it.  The tooth still hasn't come out -- stubborn tooth.  Anyway, here is my creation such as it is. 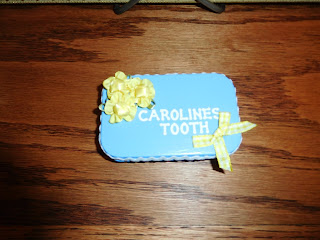 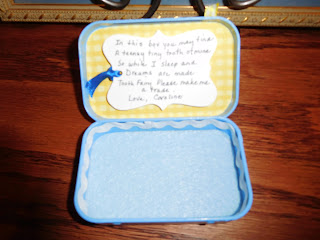 It is made from an altoid-type metal box and scraps of scrapbooking paper, felt and rick rack.  It was fun and quick to make and possesses just the right amount of tacky.

I have been making an effort to cook at home more.  I decided to make some potato soup from a very famous, down-home, cook's recipe and I just have to say it was dreadful.  I will be sticking to my own recipe, thank you which is pretty much potatoes cooked and mashed with some chicken broth and milk added.  Now THAT is potato soup.  Oh well, you live and learn.  The rest of the menu involved ham and cheese sandwiches. 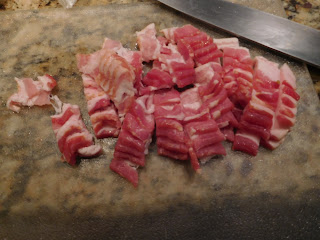 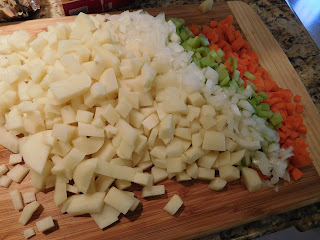 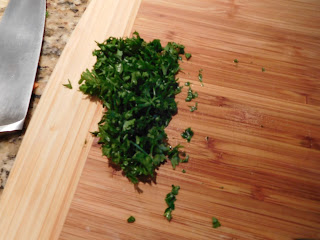 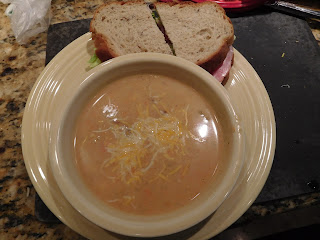 The sandwich was ok, the soup not so much.  I also made bread in the bread maker and I just have to say I prefer the bread I make without the bread maker.  That is on taps for today, I think.

And, here are a couple of pics of Bean's kinder graduation -- I have to admit I shed tears through the whole thing.  They sang, and acted out, "If I Were a Butterfly" and I am proud to say she was the very best butterfly -- ever. 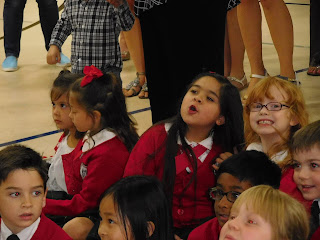 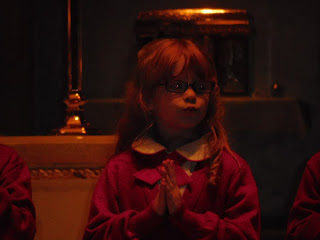 So sorry but the light was really bad in the church.  It is a lovely church but a photography nightmare.

I rarely go to Walmart but we went the other day to get some stuff to make Hubs new tires shiny.  I happened across these 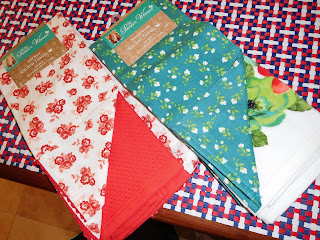 and I couldn't resist.  I purged the kitchen of all my old cup towels a while back and bought two new sets of four each in turquoise and white stripe but I thought these were lovely and the non-terry ones will look lovely in the bread basket at meals.

So, that is what I have been up to.  Reading has come to a screeching halt because I am stuck on a book I just really want to finish but really don't want to read.  Ah, first world problems, what can I say.  I am working on some unfinished sewing projects that I would like to complete before the end of summer -- a couple of them before the end of this week, actually! Good luck to moi on that.

Anyway that brings you up to date on my incredibly dull summer thus far.  Hope yours is better. My next post will probably include mention of my new crafting obsession -- cardmaking.  I am intrigued yet terrified.  I am building an arsenal of tools and gadgets with which to create these cards.  More to come.  Maybe.
at June 26, 2016 No comments: