Photo Heavy -- Again with the Crafting

It is cold.  I have been playing.  I am finding that you get really good exercise if you put in a load of laundry and run (not really run) upstairs for 30 minutes to craft and then back down to put the clothes in the dryer and back up -- and repeat -- all day.

Here are the fruits of my efforts.  None are really finished yet.

I should have written this yesterday but it was a long day and I fell asleep.  My bad.

March 3, 1898 this lad was born in Sabine County, Texas. His name is Aaron Patrick Boyett.  He is my grandfather. 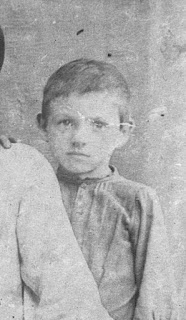 His parents were Robert Edgar Boyett and Clarissa Abi Conn Boyett.  They were East Texas farmers.

A.P., as he was called, lived all over Texas as an adult.  He had a tailor shop in Junction, and worked as a game warden in several areas including Possum Kingdom and the San Marcos area.  He also drove a big rig for a while.

He married my grandmother Phyllis Giles in 1922 and they remained married until his death in 1956. In addition to my dad, they had a daughter, Marice, born in 1933.

I adored my grandfather.  I didn't get to see him as often as I would have liked because we didn't live in the same city but I really enjoyed it when he came to visit.  I am glad I had him until I was old enough to remember him.